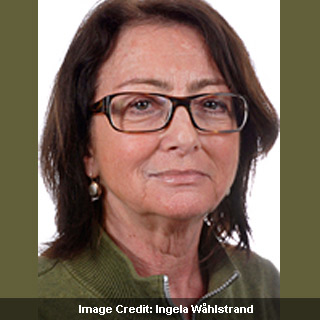 Pregnant women who smoke seemingly cause harm to their unborn baby as well. A study from Karolinska Institutuet claims that newborn babies of women who apparently smoked during their pregnancy may exhibit symptoms of circulatory dysfunction.

The findings seem to divulge that blood pressure and heart rate control is claimed to be already irregular in newborn babies of smoking mothers, and appears to deteriorate all through the first year.

The study encompassed around 19 babies of non-smoking couples and 17 infants of women who apparently smoked generally about 15 cigarettes a day during pregnancy and post the birth of their babies. The infants in the study appeared to have standard weight at birth and were breast fed. Every baby apparently had blood pressure and heart rates taken while sleeping and supposedly tilted up at a 60 degree angle in the initial weeks, at three months and one year. They were then apparently lowered back to the supine pose.

Apparently, the blood pressure response to tilting the infants erect during sleep was said to be noticeably dissimilar in infants born to smoking mothers as opposed to babies born to non-smoking parents. Infants who were not in contact with tobacco supposedly underwent just a 2 percent augment in blood pressure when they were tilted upright at one week of age and afterward a 10 percent raise in blood pressure after one year. But babies of smoking mothers seemed to experience the reverse. Around a 10 percent boost was supposedly seen in blood pressure during a tilt at one week and merely a 4 percent augment at one year. After three months and one year, the heart rate reaction to tilting in the tobacco-exposed infants appeared to be irregular and extremely overstated.

Associate Professor Miriam Katz-Salamon, commented, “Normally when a person stands, the heart rate increases and the blood vessels constrict to keep blood flow to the heart and brain. Our findings show that infants of smokers have a hyper-reactive system in the first weeks of life because the blood pressure increases too much when they are tilted up, but at one year they under-react and are less effective in adapting to an upright position.”

Miriam Katz-Salamon remarked, “Identifying early markers could have broad public health implications, possibly leading to diagnosing, treating and preventing cardiovascular disease earlier. The seeds of many diseases probably are sown very early in life. Babies of smokers may in fact already be showing signs that they are more likely to develop high blood pressure later in life.”

The study authors apparently intend to perform follow-up studies to check how the children’s health develops as they grow older.

The study was published in the scientific Journal Hypertension.