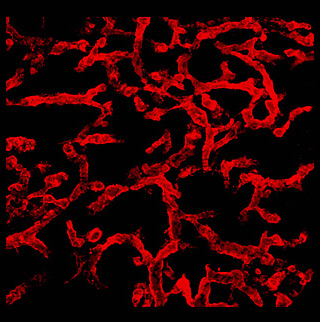 Cavernomas is a vascular disorder of the central nervous system and is assumed to appear in various tissues of the body. A study triggered by the Medical Faculty Mannheim of Heidelberg University and the German Cancer Research Center sheds light on the cause of cavernomas malformations of the brain. They have probably discovered that an error in the signaling pathway of endothelial cells may be the cause of this illness.

The endothelial cells are believed to line the insides of blood vessels. Therefore, the authors aimed to analyze human blood vessels in an experimental mouse model. They did this by turning off the CCM1 gene causing a jumbled appearance. A patient with this disease reveals enlarged, unstable and unstructured blood vessels. Such patients may be possibly prescribed with drugs restricting vascular growth.

Amongst every two hundred one individual seems to suffer from cavernomas causing it an issue to worry about. Moreover, many times its growth in the brain may not be observed but MRI scan possibly detect the same. If it continues to remain unnoticed it grows larger and the patient may report inconsistent symptoms like headaches or dizziness.

The disease apparently poses a danger of cerebral hemorrhage due to vascular growths leading to seizures, neurological failures and stroke. In some cases a surgery may be performed in order to take out cavernomas causing symptoms from the brain. Currently scientists are examining the way blood vessels and lymphatic vessels are formed in tumor diseases. Claimed to be developed due to inactive CCM1 gene in endothelial cells the cause leading characteristic malformations continues to remain a mystery. The authors have ascertained that if the CCM1 gene is missing it affects the central signaling pathways in endothelial cells.

Dr. Andreas Fischer lead author of the study revealed, “Our latest findings suggest that – like in tumors – excessive and uncontrolled vascular growth leads to the development of cavernomas.”

In order to determine the simulation of the disease in humans the scientists transplanted human endothelial cells with disabled CCM1 gene into mice. This transplanted cells resulted in usual vascular malformations in mice enabling authors to carry on the study. The investigators assured that the drug tests performed on mice will display similar results in humans too.

The authors employed anticancer drug sorafenib claimed to restrict the formation of new blood vessels (angiogenesis) and registered positive results. An extreme reduction in the vascular growth was observed in the transplanted mice. The investigators now aim to ascertain if a drug from cancer medicine can possibly treat brain cavernomas without surgery.