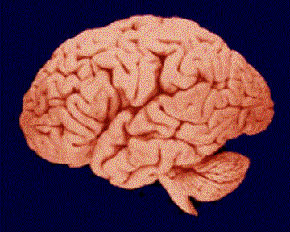 Scientists have produced a new test for the early diagnosis of developmental dyslexia, which is a severe dysfunction of the ability to read and write. The clinical signs of the condition are slowness and a significant number of mistakes when reading and writing.

The research was conducted by Giuseppe Augusto Chiarenza, director of the Department of Child Neuropsychiatry at the Rho hospital in Milan province.

However, through the recording and analysis of the electrical brain activity by an electroencephalogram (EEG), Italian experts have managed to estimate in which reading phase the delay occurs and which brain areas are activated anomalously compared to healthy contemporaries.

The children underwent a neuropsychological test and had their electrical brain activity recorded while reading.

When reading individual letters, the dyslexic children were slower and less precise compared to the non-dyslexic ones.

A comparison of the two groups showed that in the children of the dyslexic group, the brain regions which are responsible for the letter-sound association of reading strategy, showed reduced activity compared to the control group.

Consequently, the authors of the study said it could be assumed that it was the insufficient use of these brain regions, crucial for reading that determined the slowness and the mistakes when reading.

The dyslexic children also activated the front regions of the brain too early and used the right hemisphere more than the healthy children.

Taking into account that linguistic functions are “guided” by the left hemisphere of the brain and that the frontal regions are related to higher cognitive functions, the results suggests that dyslexics tend to compensate for their reading dysfunction by using brain areas not specifically dedicated to linguistic processes in their attempt to improve their performance.

On the basis of these findings, the experts say, it will be possible to develop more efficient rehabilitation methods and in time to show therapeutic results.