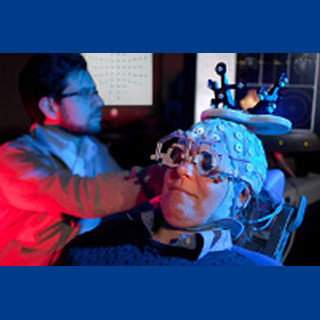 This news may point out new insights about functioning of our brain during anesthesia. A new study from the University of Wisconsin School of Medicine and Public Health led by expert brain researcher Fabio Ferrarelli, claims that the brains of individuals under anesthesia appear to react to stimuli as they behave in the deepest part of sleep. This appears to lend credence to a budding hypothesis of consciousness and proposing a new technique to evaluate loss of consciousness in conditions like coma.

The group gave the anesthetic midazolam, usually applied at lower doses in ‘conscious sedation’ processes like colonoscopies to participants. Then they utilized transcranial magnetic stimulation (TMS), a noninvasive method to fuel the brain cortical neurons from the scalp, in amalgamation with electroencephalography (EEG), which documented the TMS-evoked brain reactions. What they discovered seems to be a pattern that appears much as it does when the brain is in deep, non-rapid eye movement (non-REM) sleep, a different condition when consciousness fades.

Co-author and consciousness expert Giulio Tononi, MD, PhD, believes that when the brain may be out cold it is said to lose the connectivity that appears to trigger the synchronized, yet discriminated reactions to electrical stimuli viewed when the brain is awake or in REM sleep. The group’s former studies apparently illustrated the dissimilarities between the sleeping and awake brain.

Tononi, professor of psychiatry, commented, “Based on a theory about how consciousness is generated, we expect to see a response that is both integrated and differentiated when the brain is conscious. When there is a loss of consciousness, either due to sleep or anesthesia, the response is radically different. We see a stereotyped burst of activity that remains localized and fades quickly.”

The team is of the opinion that the reaction patterns noted in the awake brain, typified by ongoing activations moving over time to diverse cortical areas, appear to mirror the connectivity of the cortical regions generated by TMS. This may be because when we are awake, the cortex could be implicated in several activities which seem to need a steady communication between diverse cortical regions. But in the unconscious brain, this connectivity may be momentarily lost, and consequently the TMS-evoked brain responses apparently stay localized.

Co-author Robert Pearce, MD, PhD, chair and professor of anesthesiology at the UW School of Medicine and Public Health mentioned that is may be remarkable that the cortical reactions under anesthesia could be comparable to alterations observed during natural sleep.

Pearce remarked, “The idea that some anesthetics ‘hijack’ the natural sleep-promoting centers was proposed recently by others. While our present findings do not directly confirm this hypothesis, they are consistent with a set of shared mechanisms. That is, that the loss of functional connectivity between brain regions is a characteristic that sleep and anesthesia share, and that we think might be causal in the loss of consciousness in both cases.”

Tononi is of the opinion that a related examination of cortical connectivity may be applied to supply a non-invasive means to check an unresponsive patient for consciousness during anesthesia or in medical conditions like coma. Present tests apparently depend partially on clinical observations, and could be modified by drugs or medical conditions that seem to render an otherwise conscious patient to not respond.

The study was published in the Proceedings of the National Academy of Science.