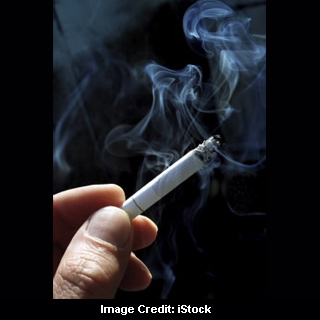 Smokers who just cant seem to kick the butt can probably see this news as an alert. A latest study from Tel Aviv University reveals that individuals who quit smoking could have the chances of significantly surging their cardiac health later in life.

Smoking has for long been known to affect cardiac health both before and after a major event like a heart attack. The seriousness of the effect along with the results of cutting back on smoking instead of quitting seems to have also been highlighted by the study.

Claiming to be the largest and most complete study of its kind, it shows quitting smoking post a heart attack could seemingly have the similar positive effect as other major interventions. The latter could include lipid-lowering agents like statins or more invasive procedures.

“It’s really the most broad and eye-opening study of its kind,” remarks Dr. Yariv Gerber of TAU’s Sackler School of Medicine. “Smoking really decreases your life expectancy after a heart attack. Those who have never smoked have a 43% lower risk of succumbing after a heart attack, compared to the persistent smoker. We found that people who quit smoking after their first heart attack had a 37% lower risk of dying from another, compared to those who continued to smoke.”

As part of the study, the experts closely observed data that was garnered by TAU senior cardiologist Prof. Yaacov Drory. Spanning across over 1,500 patients, 65 years old or less, these individuals were discharged from hospitals in 1992 and 1993 in central Israel; all post their first acute myocardial infarction. At the time of their first heart attack nearly 27% of the men in the study claim to have never smoked. While approximately 20% alleged to have been former smokers, over half agreed to have been smokers presently.

The smokers apparently attempted to kick the butt after leaving the hospital. It was seen that among this group 35% were able to abstain over the next decade or so. On examining data across more than 13 years, the greatest risk of death was found to be in those individuals who retained their smoking habit. This was supposedly observed in spite of taking into consideration socioeconomic measures, cardiovascular risk factors and medical treatment. The investigators are of the opinion that those who quit smoking prior to their first heart attack may have a 50% lower mortality rate. Those who quit after their heart attack seemed to have decreased that rate by a humungous 37% as compared to those who continued to smoke.

Scientists further quantified the effects of a decrease in their finding. As opposed to complete cessation in smoking, by simply cutting their habit by only five cigarettes a day, a smoker could probably see the likelihood of dying within the next 13 years lower by 18%. The experts however caution that continuing to smoke may still have the risks of cancer and lung disease. Doctors may thus urge that their patients quit entirely.

“The burden of heart disease on our healthcare system is enormous. The overall impact of smoking on heart attacks and cardiac mortality is therefore much more significant than its impact on lung cancer,” mentions Dr. Gerber. “The effect of smoking on heart health is actually a much bigger public health threat, and most people are not aware of this.

The study was reported in the Journal of the American College of Cardiology.