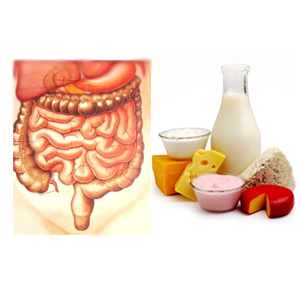 A new study conducted on mice has revealed that adding ‘friendly’ bacteria to one’s diet could help in reducing fat absorption.

Friendly bacteria is found in probiotics such as yogurts and other such foods that contain live bacteria. They are known to have a notable effect on one’s metabolism.

Jeremy Nicholson and his colleagues from imperial College London conducted this study together with the Nestlé Research Center, Lausanne, Switzerland. The results of this study have been published in the journal Molecular Systems Biology.

During the study, they fed strains of probiotic Lactobacillus to mice whose gut microbes had been replaced by those that usually live in the human gut.

These mice had different bile acids from the norm-favoring enzymes that reduce the amount of fat digested.

“More fat is available for the microbes, and you then ‘poo’ the microbes out,” explained Nicholson.

According to the researchers, the changes may only reduce fat absorption by just a bit. However, this could have an impact on obesity if sustained over several years.

“Our study shows that probiotics can have an effect and they interact with the local ecology and talk to other bacteria. We’re still trying to understand what the changes they bring about might mean, in terms of overall health, but we have established that introducing ‘friendly’ bacteria can change the dynamics of the whole population of microbes in the gut,” Nicholson was quoted as saying.

The researchers hope their new insights about how probiotics and gut microbes interact will ultimately enable the development of new probiotic therapies, which can be tailored for people with different conditions and different metabolic makeups.

Primary Care Physicians or Hepatologists: Who is Better?