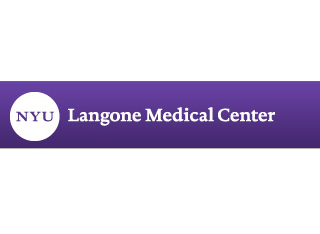 There have been many speculations on the origination of blood cancer. The most recent one is the new research by NYU Cancer Institute which has explained the origins of a type of myeloid leukemia, a blood cancer that affects children and adults. According to researchers, new mutations of the Notch, develops cancer pointing to a probable new target for treating the disease. Notch is an intracellular communication pathway and has been initially linked to another type of blood cancer called T-cell acute lymphoblastic leukemia. The new research however has found yet another implication.

Notch has been found to have a role in chronic myelomonocytic leukemia (CMML) unexpectedly.CMML is a kind of myeloid leukemia. The bone marrow is normally responsible for development of blood stem cells that mature in the due course of time. Some of these are called the myeloid and others are lymphoid. The lymphoid stem cell grows into a white blood cell, while red blood cells, white blood cells and platelets are the components of the more flexible myeloid stem cell. However Cancer occurs due to the overcrowding of immature myeloid stem cells in the blood and bone marrow.

Notch has been a well known actor in cancer that is activated on the cell surface followed by the complex web of intracellular interactions and The Notch signaling pathway. But the new research proves that the disease is actually produced by the members of the pathway functioning in unexpected ways. Notch was first identified around 100 years ago and is another name for a particular kind of mutation that gives fruit flies notched wings.

“This research shows the power of the Notch signaling pathway in myeloid leukemia’s,” states Iannis Aifantis, who led the new research. “This discovery suggests a potential for future targeted therapies.”

Mice models of the disease and blood samples from patients with chronic myelomonocytic leukemia were found to contain the mutations of the Notch pathway. Along with this several other mutations were found leading to the accelerated accumulation of abnormal blood cells by silencing of the pathway. Further, the research also revealed that if we try to reactivate the silenced genes in the pathway, it blocked the disease providing additional assistance for the central role that Notch might play in cancer development as revealed in the research.

In a commentary Demetrios Kalaitzidis and Scott A. Armstrong of Dana Farber Cancer Institute and Children’s Hospital Boston, noted that the research plays an essential role in defining a new role of the Notch signaling as a suppressor of leukemia development They stated that further in-depth research is needed to fully comprehend the intricate functionalities of the Notch signaling process in normal as well as cancerous tissues. This would in turn help us formulate the varied approaches while selecting the best of them to manipulate the pathway for optimal therapeutic response.

The research is published in the May 12, 2011 issue of the journal Nature.