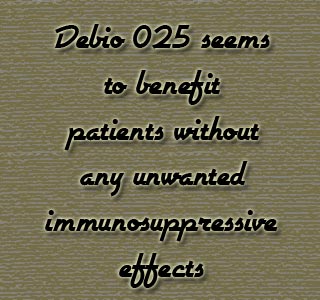 A team of experts have discovered that a drug for muscle degenerating disease may be equally useful as the other drugs, but with an added advantage. Seemingly the Debio 025 drug does not cause unnecessary immuno-suppressive effects.

Bethlem Myopathy and Ullrich Congenital Muscular Dystrophy (UCMD) are believed to be muscle wasting diseases which may be caused by collagen VI deficiencies. Collagen VI is stated to be a component of connective tissue.

It is believed that some patients suffering from these diseases may be diagnosed with them from birth itself. The weakness of their muscles is believed to worsen with time over the years. Not only this, these patients may also evidently suffer from respiratory failure.

The cyclosporin A (CsA) drug is stated to be useful to such patients. However its extended use over the years may prove to be dangerous. This adverse effect is believed to take place because of its interaction with calcineurin, which is stated to be a vital immunoregulatory protein.

For the purpose of evaluating this issue, a study was stated to have been conducted on mice models. These mice were apparently believed to suffer from a muscle-wasting disease akin to human muscular dystrophy. Evidently it was observed that being treated with the Debio 025 drug seemed to shield these mice models.

Bernardi further also says that, “This drug has no effects on the immune system and therefore could be used for prolonged periods of time without increasing risk of infection. We should be able to treat children affected by these forms of muscular dystrophy and possibly slow down or even stop the progression of the disease.”

The study experts had allegedly examined the mice muscle cells which were provided with this particular drug for a period of five days. They had possibly discovered a decline in the level of abnormal muscle fibers. These fibers were stated to be similar to the ones described in the CsA treatment studies. Apart from this, it was also noted that inspite of being associated with CsA, this drug didn’t seem to aim for calcineurin.

These study findings have been published in the British Journal of Pharmacology.