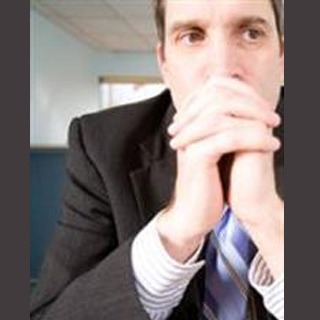 Workaholics may find this news to be some relevance to them. A new study alleges that chronic job stress and no physical activity are said to be powerfully linked to being obese or overweight.

Unpredictably, study authors also discovered that a diet rich in fruits and vegetables did not seem to do much to counterbalance the outcome of chronic job stress on weight gain among the employees, who were generally inactive. Instead, exercise appeared to be the key in controlling stress and maintaining a healthy weight.

University of Rochester Medical Center experts performed a study of roughly 2,782 employees at a big manufacturing facility in upstate New York, but the outcomes could be pertinent to nearly any job setting in which layoffs, or lack of control at work seems to be a major concern.

Lead author Diana Fernandez, M.D., M.P.H., Ph.D., an epidemiologist at the URMC Department of Community and Preventive Medicine, mentioned that her study is among several that seem to relate high job pressure with cardiovascular disease, metabolic syndrome, depression, exhaustion, anxiety and weight gain. After working the whole day, participants wish to watch TV after going home. It was seen that snacks highest in fats and calories vanished away pretty fast from the vending machines. A few workers believed that they did not take time off to eat properly or exercise at lunch since they were dreading the aftermaths of leaving their desks for too long.

Around 32 percent of adult men and roughly 35 percent of adult women are overweight in this country. When the occurrence of overweight and obesity are merged, roughly 68 percent of adults fall into this category. This was as per a new recent report in the Journal of the American Medical Association. The upstate New York workplace apparently replicated the national statistics.

Study authors gathered baseline data from almost 2,800 employees by means of body mass index (BMI) as the measurement for weight status. With a BMI more than 24.9, it would be seen as overweight/obesity. With a BMI less than 24.9, it would be healthy/underweight. It was observed that roughly 72 to 75 percent of the employees were discovered to be obese or overweight. Majority of the subjects were supposedly middle-aged, white, married, extremely educated, comparatively well-paid like earning over $60,000 a year, with an average of around 22 years of work at the company.

It was also seen that over 65 percent of the employees mentioned that they spent roughly 2 to 3 hours per day in front of the TV. Among those who supposedly watched TV for 2 to 3 hours, roughly 77 percent seemed to have more chances to be overweight or obese. Those who spend four or more hours in front of the TV per day, it apparently augmented their odds of obesity by 150 percent as opposed to people who watched less than two hours of daily TV.

Stressful working conditions are supposedly known to influence health behaviors directly and indirectly. Directly, stress could impact the neuroendocrine system, thereby leading to abdominal fat. It could also cause a reduction in sex hormones, which may often result in weight gain. Indirectly stress could be associated with the consumptions of too many fatty or sugary foods and inactivity.

The study team gauged psychosocial work conditions via a comprehensive job questionnaire. Interventions were designed and employees who worked at intervention worksites took part in an inclusive, two-year nutrition and exercise program. This comprises of walking routes at work, portion control in food, and stress-reduction workshops. The data comparing control groups and the groups who participated in the nutrition and exercise program is apparently still being evaluated.

Nevertheless, while examining baseline data, experts found that employees working in the most high-job-strain conditions seemed to have nearly one BMI unit more of weight as compared to people who worked in more passive areas. Study authors did not appear to determine that chronic stressors and acute stressors jointly seemed to have a bigger outcome on weight as compared to those when checked independently.

Diet was assessed exclusively by the amount of helpings of fruits and vegetables per day, and perhaps appeared to have no power on weight status since evaluating diet in this way could not be a good measurement of quality or quantity. An enhanced means to observe diet quality could be through an assessment of the complete diet.

The study proposed that workplace wellness programs ought to not only deliver notions on how to be healthy but also investigate the organizational structure and offer ways to reduce a taxing environment for everyone.

The study was published in the Journal of Occupational and Environmental Medicine.