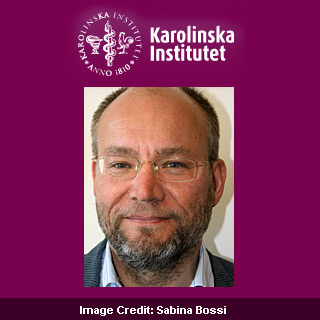 Over the past couple of days, we’ve seen a number of findings offering details on the well-being of the heart. While one suggested eating chocolates, the other revealed silver nanoparticles being crafted for the very same purpose. Now, experts from the Karolinska Institutet in a new study have shown that the possibility of suffering a stroke could be related to the presence of a certain kind of antibody in the immune system.

Earlier the group claim to have exhibited the effects of high levels of a particular type of antibody (anti-PC) in the immune defense. The team had suggested that the high-levels are probably associated with a lowered risk of arteriosclerosis. The latter is known to be a common cause for conditions like thrombosis and myocardial infarction. The team was led by Professor Johan Frostegard.

Moving on to the current study, it saw experts centering their extinction distinctly on stroke, a blood clot in the brain. As part of the analysis, the team compared 227 individuals who had suffered stroke over a 13-year period with 445 sex and age-matched controls. They then controlled for other risk factors like age, sex, smoking habits, cholesterol levels, diabetes, BMI and blood pressure.

After this, the scientists were seemingly able to show that low levels that is nearly below 30 per cent of average of PC antibodies probably correlates with a higher risk of stroke. This in women reflected to an almost three-fold increase. Now, the experts claim to have enhanced the hypothesis that low levels of natural PC antibodies probably contribute to the development of arteriosclerosis and its consequences including stroke. Low levels of natural PC antibodies could be a condition of a poor immune system.

“Were now examining the possibility of developing new immunological treatments for arteriosclerosis and stroke, either in the form of a vaccine to stimulate the immune defense or immunization through the injection of antibodies,” mentions Professor Frostegard.

Accumulation of plaque on the walls of blood vessels is said to lead to arteriosclerosis. This can rupture and form a blood clot. Furthermore, the scientists are of the opinion that the PC antibodies probably react to a substance called phosphorylcholine (PC). This is apparently a component of a class of fat molecules called phospholipids, eventually going on to form the plaque.

The scientists intend to fabricate a vaccine that may help mobilize the body’s own defense against arteriosclerosis and stroke.