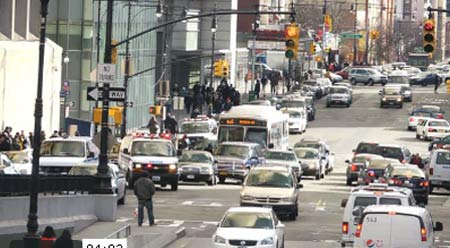 When it comes to pregnancy, being safer is definitely better for the child as well as the mother. According to experts from the Columbia University, pregnant women exposed to air pollutants may be putting their children at risk for obesity.

A chemical called polycyclic aromatic hydrocarbon or PAH seemed to be the principal culprit behind this effect. The team found that women inhaling these chemicals during conception were two times likelier to have obese kids at age 7 than those absorbing low levels of the same. PAH is normally released in urban scenarios from means such as oil, coal or diesel which are used in almost all vehicles.

“Obesity is a complex disease with multiple risk factors. It isn’t just the result of individual choices like diet and exercise,” quoted the study’s lead author Andrew G. Rundle, DrPH, a professor of epidemiology at Columbia’s Mailman School of Public Health.

The above results are pertaining to a study constituting almost 702 non-smoking women who were pregnant. The obese children found in case of women with high levels of PAH in their bloodstreams appeared to carry more fat deposits than just high muscle or bone mass. The risk factor was two times at age 5 and more than twice at age 7.

Recently, BPA exposure during pregnancy was claimed to affect behavioral responses in kids. This trial bring forth another safety measure to be taken during conception. The report is published in the recent issue of the American Journal of Epidemiology.