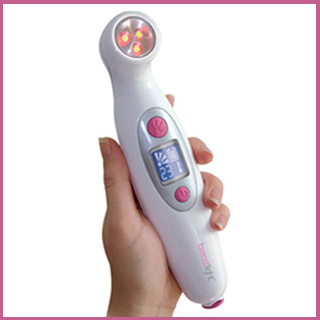 PWB Health has supposedly launched a device called Breastlight, which is believed to help women self examine their breasts for lumps and other abnormalities.

In order to use this device, it is believed that one may need to use a dark room. After supposedly applying a water-based lubricant (sample supplied with the pack) to the skin the user is required to switch the device on and place it below the breast. This device may then be tightly pressed against the skin, which may then be followed by an examination of all the areas of the breast. One could even probably use a mirror to look at the details properly.

The panel of this user-friendly device is believed to help in setting the brightness of the light. Users may be able to keep a check on the battery life by taking a look at the battery charge symbol and accordingly charge the device when required. The panel apparently also includes a temperature indicator which blinks until the device is cool enough for further use. In addition to this, it is also believed to come with an indicator called days since last used, which probably points out when the device was used before. This may remind the user to utilize the device more often.

Moreover, this device may help women notice changes in their breasts from time to time and also consult a doctor for the clearance of any doubt. This may in turn make them feel more confident and aware of their body. Women are likely to see dark lines which apparently represent the blood vessels and veins inside the breast. Apparently, if the device reveals shadowy areas, dark spots or other abnormalities, the user may need to immediately consult a doctor.