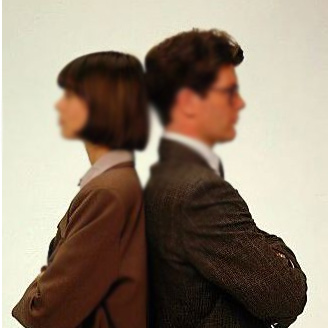 A US researcher has made a very interesting suggestion saying that men have a “fight-or-flight” response to stress. Woman, on the other hand, are much more likely to “tend-and-befriend”.

Researchers at the University of Pennsylvania School of Medicine found that different parts of the brain activate with different spatial and temporal profiles for men and women when then are faced with performance-related stress.

The lead author J.J. Wang said that evolutionarily, males may have had to confront a stressor either by overcoming or fleeing it, whereas women may have responded by nurturing offspring and affiliating with social groups.

Around 32 healthy subjects- half of which were women, received functional magnetic resonance imaging scans before, during and after they underwent a challenging arithmetic task, under pressure. And, as a low stress control condition, participants were asked to count backward without pressure.

The researchers measured regional cerebral blood flow, which happens to be a marker of regional brain function.

The limbic system is a part of the brain that primarily involves emotion. The researchers found that this part was activated when the women were under stress.