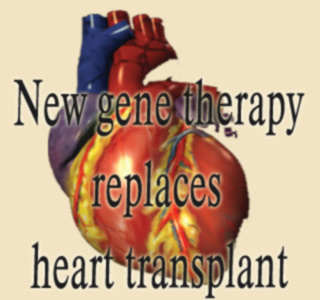 According to researchers at Harefield Hospital in Middlesex and Imperial College London, heart patients wouldn’t have to undergo the risky transplant surgery as a new gene therapy has been discovered which is the first of its kinds in the UK.

This new gene therapy is likely to treat heart patients through an injection by replacing the existing heart transplant surgery. A team of scientists have got the approval from Harefield Hospital in Middlesex and Imperial College London to use a genetically altered virus in 16 patients who need a heart transplant.

The revolutionary gene therapy has possible chances to aid the cardiac muscles surrounding the damaged tissue which is caused by cardiac arrest to beat harder and faster allowing the heart recuperate its basic original functions, explain the researchers from Harefield Hospital in Middlesex and Imperial College London.

“We are aiming to make the most of the heart muscle that a patient has left after a heart attack. In cases where they suffer a lot of damage, patients are given pumps called Left Ventricular Assist Devices that support the heart while they wait for a transplant,” said Professor Sian Harding, a cardiac pharmacologist at Imperial College London, who is leading the trial. Adding, “We hope to be able to wean them off the pumps to the point it can be removed and they can live a normal life.If it works it will allow patients to keep their own heart without the need for a transplant.”

The primary reason behind heart attack is the heart muscle not receiving adequate amount of oxygen and in most of the cases the person dies.

The modified virus called as adeno-associated virus would carry a gene and through this gene therapy treatment it would be inserted into the patients’ heart muscle cells. SERCA2a is a gene which makes heart muscle cells contract in a firm manner, thus increasing the heartbeat which is developed by the undamaged heart muscle and balance for the dead tissues. The doctors can then insert the virus in any of the main arteries which leads to the heart.

Next year, may be in the month of January, a small safety trial would begin, according to Prof. Harding.