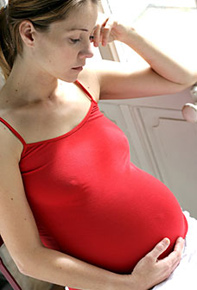 A newly conducted study reveals that after being treated for breast cancer, women of childbearing age need only wait 6 months to conceive, as against the 2 years that is often advised. At the same time, the longer wait may be recommended for women still receiving treatment or those with a more advantaged disease.

The 2-year wait that is frequently advised stems from anecdotal evidence, according to the report in the December 7th Online First issue of the British Medical Journal.

Proponents of the 2-year delay believe it will dissuade women from becoming pregnant while there is a chance that they may develop an early recurrence. In addition, they believe the delay could allow treatment with adjuvant therapies. Still, there are no published data to suggest that such a delay improves cancer or pregnancy outcomes.

Dr. Angela Ives, from the University of Western Australia in Crawley, and colleagues reevaluated the effects of a delay in conception by analyzing data from 123 women who became pregnant after being treated for breast cancer.

Fifty-four percent of the women became pregnant in less than 2 years after diagnosis, the report indicates. These women included 29 who underwent abortion, 27 who had a live birth, and 6 who miscarried.

The authors discovered that women who became pregnant had better survival rates than their peers who did not become pregnant. This benefit was greatest for women who waited at least 2 years to conceive; however, there was evidence that a wait of just 6 months was associated with improved survival as well, although the effect wasn’t statistically significant.

Ives’ team concluded, “Our study does not support the current medical advice given to premenopausal women with a diagnosis of breast cancer to wait 2 years before attempting to conceive. This recommendation may be valid for women who are receiving treatment or have systemic disease at diagnosis, but for women with localized disease, early conception, six months after completing their treatment, is unlikely to reduce survival.”