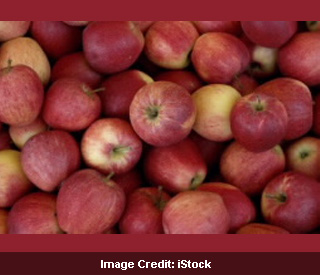 The old adage ‘An apple a day keeps the doctor away’ seems to have some truth attached to it. Over the past years, we came across investigations which highlighted the probable benefits of an apple in fighting colon cancer as well as Alzheimer’s disease. A latest research now claims that a healthful antioxidant substance in apples extends the average lifespan by 10 percent.

The investigation was triggered on fruit flies and several animal tests which concluded that apple antioxidants may be helpful in boosting longevity. Damaging substances generated in the body, known as radicals possibly lead to aging process and some diseases. Substances like antioxidants, on the other hand, are assumed to fight this damage. Fruits and vegetables, particularly brightly colored foods, such as tomatoes, broccoli, blueberries, and apples are believed to be rich sources of antioxidants.

The study is published in ACS’s Journal of Agricultural and Food Chemistry.