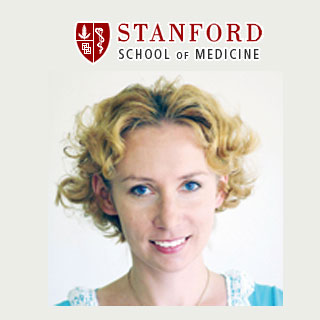 Embryonic stem cells supposedly always exist in a state of permanent anticipation. Apparently, they need to maintain a balance in their ability to rapidly transform into more specialized cell types. Should they act too early, it could lead to cellular chaos.

Stanford University School of Medicine researchers have seemingly recognized an important component named Jarid2, of this delicate balancing act. The protein appears to employ other regulatory proteins to genes that are essential in differentiation and also modulates their activity keeping them in a state of ongoing readiness.

The researchers suggest that Jarid2 appears to function through a complex of protein called PRC2 (Polycomb Repressive Complex 2). The genes are known to have been kept quiet by PRCs that seem to modify DNA packaging proteins called histones. Covering the DNA neatly around the histones seems to aid it in fitting in the tiny space. It also appears to keep it out of commission until the correct time.

“Understanding how only the relevant genes are targeted and remain poised for action is a hot topic in embryonic stem cell research,” commented Joanna Wysocka, PhD, lead researcher and assistant professor of developmental biology and of chemical and systems biology. “Our results shed light on both these questions.”

This, the researchers reveal could be as the genes when wrapped may lose their ability of being converted into proteins so as to do the work of the cell. Ensuring the DNA stays wrapped until needed, a molecular tag is added by PRC2. In many types of cells, PRC2 is known to be essential for regulation of the expression of developmentally important genes. However Wysocka and colleagues seemed to be keen on gaining information on the specific workings of the embryonic stem cells.

According to the present research, together PRC2 and Jarid2 appeared to occupy specific stretches of histone-bound DNA in both mouse and human embryonic stem cells. On lowering the amount of Jarid2 in the cells, the researchers found that PRC2 was less able to bind the DNA. Also the cell began to churn out the proteins prior to their need, seemingly confirming the importance of Jarid2 in stem cell differentiation.

The investigators were however surprised to find that the the degree of modifications on the histones continued to be about the same. This was apparently true even though less PRC2 was bound to the DNA. This proposed that when PRC2 is bound to Jarid2, it put fewer ‘don’t open’ tags on the histones.

“This was a crucial finding,” shared Wysocka, “because it shows that Jarid2 both recruits PRC2 to the DNA and modulates its ability to modify the histones.” It also suggests that the Jarid2/PRC2 complex inhibits gene expression in other, as-yet-unidentified ways. Such fine-tuning of PRC2 activity, the researchers believe, allows the cell to carefully manage its degree of readiness for the subsequent unwrapping and expression of genes involved in differentiation of the embryonic stem cells into more specialized cells.

These findings were further confirmed by the scientists in frog embryos.

“It was just as we would have predicted,” said Wysocka. “Without Jarid2, which keeps the genes silent yet poised for activation, the embryos stop developing.”

Now, the analysts anticipate additional investigation of the mechanism that could be allowing summon of PRC2 to differentiation-specific genes in the stem cells by Jarid2. They also hope to comprehend its effects on gene expression. This interaction may hold importance to human cancers also.

The research is published in the Dec. 24 issue of Cell.