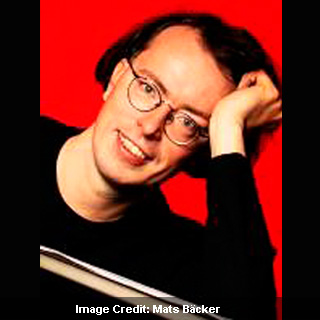 The core working of a human brain is certainly fascinating to learn and observe. A new study from Karolinska Instituet claims to offer proof that essential human learning systems apply regions of the brain that also seem to be present in the most primitive vertebrates like particular fish, reptiles and amphibians.

The study included an examination into the limbic striatum, one of the evolutionarily most ancient portions of the brain, and the capability to learn movements, consciously and unconsciously by means of repetition. Majority of the ordinary abilities that one uses daily such as buttoning up a shirt or playing an instrument includes a series of distinct movements that ought to be executed in the proper order.

Associate Professor Fredrik Ullén from Karolinska Institutet and the Stockholm Brain Institute, commented, “Our results strongly substantiate the theories that say that the implicit, by which I mean non-conscious, learning systems of the brain are simpler and evolutionarily older.”

Study authors have known for quite some time that there appeared to be two learning systems for such patterns of movement. With the implicit system, one can learn without being conscious of the fact and devoid of any conscious training like by means of simple repetition. In the explicit system, one consciously learns and is aware of what they are learning.

A brain structure that seems to be included in learning and motor control is known as the basal ganglia, which appears to lie deep in the cerebral hemispheres. Dopamine, a substance utilized in the transmission of signals between neurons could be significant for learning and the plasticity of the basal ganglia.

In the study, experts have apparently investigated both the implicit and explicit learning of motor sequences in relation to the amount of dopamine D2 receptors in the basal ganglia. While they discovered an association between D2 receptor density and both types of learning, they also observed that the evolutionarily oldest part of the basal ganglia, the limbic striatum appeared to be only included in implicit learning.

Dr Ullén mentioned, “In other words, we probably have certain fundamental learning systems in common not only with rats, mice and other mammals, but also with the most primitive vertebrates, which also have a limbic striatum.”

In future, an enhanced comprehension of how these learning systems function may be of use in developing new treatments for diseases like Parkinson’s and Huntington’s. These diseases seemed to be typified by basal ganglia function and damaged motor skills.

The study was published in PNAS, the journal of the American Academy of Sciences.