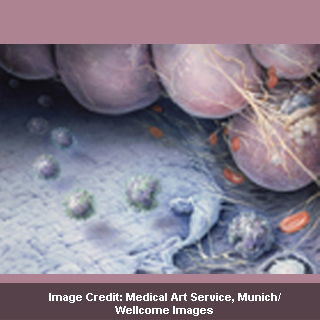 Osteoarthritis is claimed to be a group of diseases and mechanical abnormalities concerning degradation of joints, counting articular cartilage and the subchondral bone subsequent to it. Scientists have seemingly found new ways of gauging biological markers in the blood which could be used to detect osteoarthritis earlier.

The new test, crafted by researchers at King’s College London, observes roughly 163 chemical signals simultaneously from a single blood sample. The 26,000 ratios at which these molecules emerge seem to signify the rates of chemical reactions in the human body. The team examined roughly 123 Caucasian women with osteoarthritis of the knee and around 299 healthy women from the Twins UK register. They apparently searched for disparities in the signals and the ratios between the two groups.

Their evaluation disclosed roughly 14 metabolite ratios that were considerably linked to osteoarthritis. The team then examined these signals to observe if they were seemingly duplicated in an independent sample of 76 women with knee arthritis and 100 fit women. Two ratios i.e. valine to histidine and xleucine to histidine were said to be established effectively.

Professor Tim Spector, a senior author on the paper, commented, “We hope that further research will lead to these two metabolite ratios being adopted into clinical practice, enabling doctors to diagnose the condition, or identify that osteoarthritis is developing at an earlier stage.”

He mentioned that the team’s approach called metabolomics could also be applied to check the efficiency of treatments for the condition.

Approximately 8.5 million people in the UK suffer from osteoarthritis.