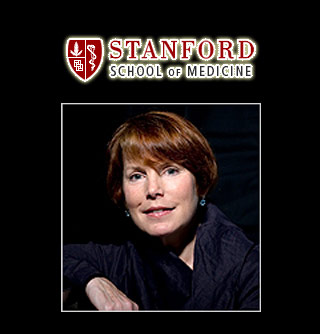 What if we could have the ability to re-grow a broken bone at least thrice as fast as normal? Well, most of us would be grinning from ear to ear if we could actually do so. But researchers at the Stanford University School of Medicine allege to have done just that in laboratory mice. They seemingly activated rapid bone growth by injecting the mice with a protein named Wnt.

According to the researchers, the protein is known to be involved in the growth of many types of tissues in various animals including salamanders, zebrafish and mice. This appears to be the first feat where researchers may have managed to package the Wnt protein in a form that could be employed in humans. This new finding could pave the path for more experiments to heal skin, muscle, brain and other tissue injuries.

“We believe our strategy has the therapeutic potential to accelerate and improve tissue healing in a variety of contexts. There is an enormous amount of literature about the role of Wnt in tissue growth, but until now we’ve not been able to directly test whether Wnt proteins could aid regeneration in mammals,” commented Jill Helms, DDS, PhD, professor of surgery and senior author of the work.

This protein, the scientists believe may gradually also offer an essential alternative to presently available drugs. This involves drugs based on bone morphogenetic proteins, or BMPs. BMPs that have been approved for use in humans to quicken bone growth in spinal fusions and long bone fractures. These though have apparently become increasingly liked with a number of adverse side effects. For years researchers have known Wnt to play a significant role in tissue regeneration in many organisms. There also appears to have been speculation about its possible therapeutic uses in humans.

Nevertheless proving to be a cantankerous research subject, the protein was extremely difficult to purify in an active form. On isolation, it was observed to be both insoluble and hydrophobic. Helms, Nusse and their collaborators overcame this problem by using tiny, water-friendly molecular bubbles called liposomes. In this instance, the researchers imbedded Wnt made in the laboratory on the bubble’s outer surface just like a flag. These Wnt-adorned liposomes could then be suspended in liquid for delivery into the body.

For this purpose, 1-millimeter holes were drilled by the scientists into the leg bones of the mice with a high-speed dental drill. Following this, they were injected with the Wnt-covered liposomes at the site of the damage. The rate and pattern of bone formation with that of control animals and with animals injected with Wnt without a liposomal escort was then compared. Apparently within three days, the animals who had been administered Wnt showed 3.5 times more new bone than the other two groups.

Interestingly after a period of 28 days, the newly formed bone appeared to have healed completely. In comparison, the control animals were apparently still in the process of repairing the injury. Further investigation showed that Wnt works by increasing the proliferation of bone progenitor cells, which then became a new bone. In a number of ways, healing activated by Wnt was observed to imitate the natural mechanism.

The scientists are of the opinion that Wnt-responsive cells are found on the inner surface of the bone, engaging in normal bone maintenance as well as in bone growth when responding to an injury. Helms and Nusse also discovered that laboratory mice when genetically altered showed a more prolonged Wnt while also healing more rapidly than control mice. As in other animals, the researchers affirm that the Wnt pathway may be activated as a response to injury in mice and is could be needed for normal healing.

“After stroke and heart attack,” said Helms, “we heal the injuries slowly and imperfectly, and the resulting scar tissue lacks functionality. Using Wnt may one day allow us to regenerate tissue without scarring.”

Analysis of the Wnt pathway in other tissues is anticipated in future studies. Flatworms and zebrafish are known to depend on the Wnt pathway for the regeneration of lost tissue without scarring. Being able to capture that ability in humans probably by applying additional Wnt at a specific time and place in the body could enhance our healing capabilities as well.