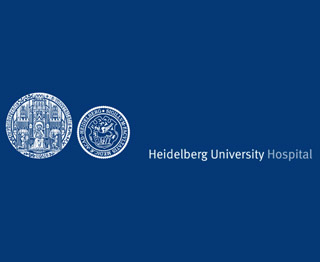 Autism and mental retardation are two ailments that can be faced by especially men, either individually or together. While autism is characterized as a congenital perception, mental retardation is suggested to be associated with low intelligence or intelligence which is above the average. The Department of Molecular Human Genetics at Heidelberg University Hospital ascertained that mysterious mutations have been discovered in the SHANK2 gene in patients that are autistic or mentally retarded.

This gene may play a small role in linking nerve cells. A single gene mutation though cannot be accused as the sole cause of an illness as it has even been proved in some cases that a certain threshold of mutation must be exceeded. So the study authors determine that an accurate development of language, social competence, and cognitive capacity will be formed only if the inner structure of the nerve cell synapses is proper.

Professor Rappold quoted, “Apparently an intact postsynaptic structure is especially important for the development of cognitive functions, language, and social competence. Moreover, the same mutation can be present in an autistic patient with normal intelligence and in a mentally impaired patient.”

The authors observed the SHANK2 gene in detail. It then appeared that it encodes structural protein at the nerve cell synapses and causes the mesh structure of the basic substance in the postsynapse. The nerve cells can be efficiently transmitted, when the postsynapse is accurately structured.

The investigators conducted the study by including around 396 patients suffering from autism and 184 patients with mental retardation, and discovered a variety of mutations of SHANK2 genes in not just the area of individual base pairs, but also variants in the number of gene copies. It also appeared that the mutations caused symptoms at varying degrees. However, not a single healthy control seemed to reveal such gene variants.

It appeared that the genetic mutations identified were new occurrences of mutations that were not hereditary in nature, but some of the mutations were discovered in one parent alone. There are healthy carriers of gene variants too, therefore it can be concluded that a certain threshold of gene mutations must be exceeded for the disease to appear. A common genetic cause can now probably enlighten the correct symptoms of mental retardation and autism.

The study is published online in the scientific journal Nature Genetics.