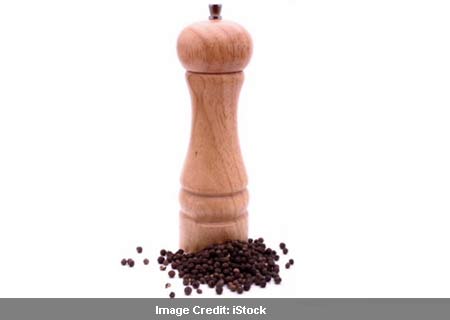 It’s hard to imagine a serving of eatery that’s not laced with spice, especially black pepper. But, we may be surprised to know that this modest black pepper also has fat-fighting attributes, as claimed by experts at the American Chemical Society.(ACS)

The ingredient behind the fat reduction properties of pepper has been a topic of discussion since many years. This constituent called piperine that is responsible for giving the spice its iconic taste, is apparently the reason why it acts as a fat-fighter.

Basically, the aforesaid substance impedes the creation of new fat cells, according to the team. Initial reports have shown how pepper reduces fat cells circulating in the blood as well leads to other positive outcomes. Ancient Eastern medicine uses black pepper for treating a variety of illnesses like gastric issues, inflammation, chronic pain and so on.

In spite of such long-term knowledge, modern day scientists are clueless of how piperine functions on the core cellular level. A lab research using prototypes of the human body and computerized systems suggested that this substance blocked the activity of genes involved in fat regulation.

The scientists found that piperine seemingly started off a metabolic cycle that controlled the number of fat cells in different ways. The findings seen in the journal, Agricultural and Food Chemistry, put forth the use of black pepper extracts or piperine in combating obesity.

While green tea, lemon and many other such constituents have been cited to aid weight loss, we may just have black pepper joining in the league.