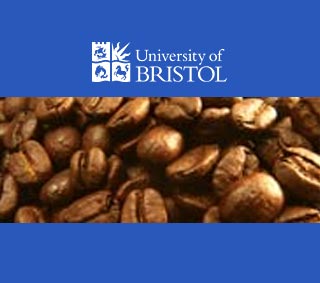 We live in a fast paced society where we are stressed with a number of things. Many people are known to get revved up artificially with the use of caffeine. We often feel that our morning cup of coffee benefits us in many ways. But as per a study conducted by experts from the University of Bristol, the provocative effects of caffeine may be nothing more than illusion.

A test was conducted where 379 individuals were refrained from consuming caffeine for 16 hours after which they were allowed to consume caffeine or placebo. It was observed that there was just a slight difference in the alertness levels when both the instances were compared.

“Our study shows that we don’t gain an advantage from consuming caffeine – although we feel alerted by it, this is caffeine just bringing us back to normal. On the other hand, while caffeine can increase anxiety, tolerance means that for most caffeine consumers this effect is negligible,” commented Peter Rogers, Department of Experimental Psychology.

It was observed that medium/high consumers of caffeine who were given placebo showed a decrease in their levels of alertness and an increase in headache. The rest of the participants were given caffeine and it did not have an overwhelming response as compared to those who consumed placebo. Thus it was identified that caffeine only brings coffee drinkers back to normal.

The experts analyzed that consumers of caffeine eventually develop resistance from anxiety producing effects and the stimulatory effects of caffeine. People who consume coffee frequently feel that they are alerted by caffeine but it is just a phase due to the fatiguing effects which arise during caffeine withdrawal. The caffeine consumed resulted in an increase in blood pressure and also increased the tendency of anxiety. It was observed that there were no satisfactory benefits of consuming caffeine.

The analysis further explained that people who were genetically inclined towards anxiety were not deterred from consuming coffee; they consumed coffee little more than people who were not genetically affected. In fact it was observed that consumption of coffee increased their anxiety. This slight increase in anxiety could be caused by caffeine.

This study was published online in the journal of Neuropsychopharmacology.