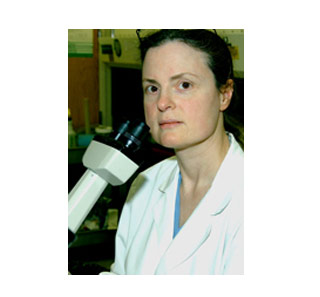 A recent study initiated by the Washington University School of Medicine in St. Louis ascertained that breast cancer patients can possibly be provided with zoledronic acid (Zometa) to help fight metastatic breast cancer before surgery. Zometa is actually a bone – strengthening drug, but may to be given for a period of three months together with chemotherapy before the breast cancer.

At the time of the surgery this probably lessens the number of tumor cells in the bone marrow of many women. Tumors are believed to release thousands of cells everyday throughout the body in a process termed as disseminated tumor cells (DTCs). Incase of a breast cancer patients, the DTCs are ascertained to get collected in bone marrow. Here they are enabled to survive seemingly because of the bone growth factors.

“Bone marrow seems to be a DTC sanctuary, allowing them to adapt and disseminate to different organs, where they’re a leading cause of death. We believe that zoledronic acid inhibits the release of growth factors that help support the growth of DTCs,” affirmed, Rebecca Aft, MD, PhD, lead author, associate professor of surgery and a breast cancer specialist at the Alvin J. Siteman Cancer Center at Barnes-Jewish Hospital and Washington University School of Medicine.

In addition, during a chemotherapy the bone growth factors are considerably elevated, this in turn may heighten the DTC problem in the bone. Also they are probably able to appear later and cause metastatic disease in cancer patients. But once the zoledronic acid is consumed all the bone complications are probably reduced or delayed due to multiple myeloma and bone metastases from solid tumors.

Findings from two recent studies show zoledronic acid as a means to improve disease-free survival when used along with estrogen-lowering therapy before breast cancer surgery. It has been long known that estrogen-lowering therapy is just like chemotherapy as it potentially aims to increase bone loss. The investigators categorized 109 women with newly diagnosed stage II or stage III breast cancer into two groups during this randomized phase II clinical trial. While the control group was administered with chemotherapy alone, the other group received chemotherapy as well as zoledronic acid.

Patients with DTCs in their bone marrow appeared to have decreased from 43 percent to 30 percent after three months in the combination group. This result was comparatively better than the decrease from 48 percent to 47 percent registered in the control group. This result approached statistical significance. Patients who were initially declared without DTCs in their bone marrow were analyzed. The authors concluded that 87 percent of these patients continued displaying no DTC after three months of combination treatment. While those who received chemotherapy alone showed a 60 percent of no DTC. This result too is statistically important.

The investigators further suggested more advantages of employing zoledronic acid treatment and chemotherapy together. After a period of 12 months patients belonging to the combination group cherished bone density. There fore, cases of patients acquiring osteoporosis as a side effect of chemotherapy and other breast cancer treatments can vanish. Zoledronic acid may be capable of fighting various types of breast tumors directly. Furthermore, the drug disables the tumor to receive blood supply and modifies the immune system. This probably destroys the cancer cells and benefits cancer patients.

The study was published in the May issue of The Lancet Oncology.