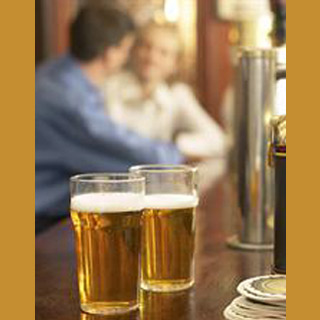 Can the practice of drinking alcohol be remotely helpful in any way? According to the University of Rochester scientists, the pattern of having alcohol like a drink or 2 each night or consuming weekend cocktails may have a major influence on heart health than the overall amount.

The research unfolded that modest everyday drinking like about 2 drinks per day for an entire week apparently reduced atherosclerosis in mice. Contrarily, binge drinking that equals to nearly 7 drinks a day twice a week seemed to elevate the chances of encountering this condition.

Lead study author John Cullen, Ph.D., research associate professor in the Department of Surgery at the University of Rochester Medical Center, commented, “People need to consider not only how much alcohol they drink, but the way in which they are drinking it. Research shows that people have yet to be convinced of the dangers of binge drinking to their health; we’re hoping our work changes that.

Professionals are yet not clear how moderate alcohol consumption can be advantageous to cardiovascular health and how severe drinking could be hazardous. As per the National Institute on Alcohol Abuse and Alcoholism, ‘at risk’ drinking is consuming more than 4 drinks on any given day for men and above 3 drinks on a day for women. The alcohol content of an average drink is also essential.

Cullen suggests that doctors should keep a tab on the amount of alcohol a person consumes specifically for those who are more vulnerable to atherosclerosis. In this analysis, mice in the ‘daily moderate’ set were administered ethanol equivalent to 2 drinks on an everyday basis. Mice in the weekend binge group were given 7 drinks for 2 days in the week and those in the control group received a non-alcoholic cornstarch mix. All mice were exposed to an atherogenic diet that is similar to high-fat Western diet.

Additionally, the density of plaque and the collection of immune cells that stimulate inflammation and subsequently lead to narrowing of arteries seemed to reduce in moderate mice than those which did not consume alcohol. This influence appeared to be the exact opposite in binge mice as both the aforesaid levels went up.

Notably, binge drinking mice seemingly put on more weight than the other sets. All mice in the study had the same weight initially and were given the same diet, but binge mice presumably gained more than thrice the body mass of the moderate mice and nearly twice as much as the control mice. Cullen is further examining if certain genes are associated with the effects of moderate or binge drinking phases.

The findings are published in the journal Atherosclerosis.