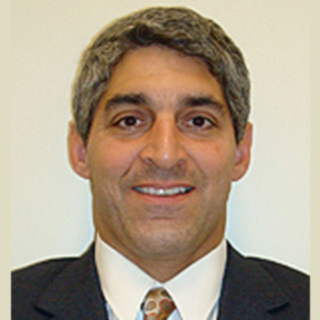 Some people who face back pain tend to have herniated disc. They are usually administered steroid injections as a part of the treatment. Now, Stanford University School of Medicine scientists have uncovered a specific protein complex that indicates if an epidural steroid injection will help ease pain in patients having a herniated disc.

It is known that most patients with the aforesaid condition show some improvement in 1 to 6 months. They are prescribed muscle relaxants, painkillers or a sequence of steroid vaccines which seem to provide temporary relief. There are some who undergo physical-therapy regimen. However, few cases do seem to necessitate a surgery.

“But if patients with lower-back pain could be screened to determine whether they would respond to the injections, they could be spared the discomfort and cost of a futile procedure, as well as its potential complications, such as bleeding, infection and thinning and even death of bone tissue,” commented Gaetano Scuderi, MD, a clinical assistant professor of orthopaedic surgery who is the senior author of the study.

The scientists found that steroid injections only seem to work in the presence of fibronectin and aggrecan protein fragments near the hernia. This molecular complex is often associated with degenerated or traumatized cartilage. Nevertheless, the presence of the complex apparently helped in providing substantial relief. With this, the investigators inferred that the steroid injection interferes in the inflammatory process triggered by the fibronectin-aggrecan complex.

The study involved 26 patients, 9 men and 7 women for a period of 1 year. Out of the 14 test specimens comprising the fibronectin-aggrecan complex, 12 appeared to respond to an epidural steroid injection while 2 did not. Among the 12 samples devoid of the complex, only 1 of them seemed to show some response.

The team believes that the biomarker complex seemingly predicts epidural steroid injection-responsive patients. Notably, the authors mention that larger trails are required for affirmation. The analysts believe that the protein complex testing is an invasive and difficult process. It involves setting a tube into the outermost portion of the spinal canal. The cost of the procedure is the same as one steroid injection. However, Scuderi concludes that a more convenient technique by using molecular imaging or a blood test ought to be used. Also, they are now planning to find if the protein complex itself could be used as an alternative to lessen pain.

The study will be reported in the Aug. 15 edition of Spine.