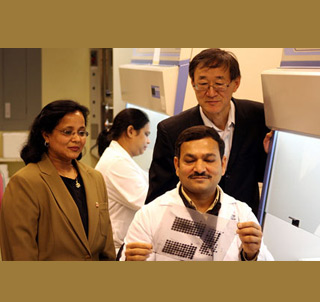 The most common infection among HIV or AIDS patients may be tuberculosis (TB). Present day medications treating TB are apparently toxic and have triggered multiple as well as an extremely drug-resistant strain of the disease, making TB almost incurable. Experts from the Faculty of Medicine and Dentistry at the University of Alberta have supposedly highlighted a new class of drugs that may treat people diagnosed with hepatitis B and also for tuberculosis patients.

The novel class of drugs may be effective in the battle against drug-resistant strains of TB. Experiments carried out on cultures in lab probably helped scientists introduce drugs for hepatitis B that fight against the normal strain of virus and isn’t toxic to healthy cells. Employment of the newly developed class of medications along with other hepatitis B drugs can aid in treating the ailment. During the research attempts were made to inhibit the virus without killing healthy cells.

Rakesh Kumar an associate professor in the Department of Laboratory Medicine and Pathology and colleagues also developed a unique class of drugs for treating tuberculosis. Further investigations will be undertaken to test the class of drugs on non-human models and people. The findings seem to be extremely beneficial in fighting TB that engulfs one third of the world’s population.