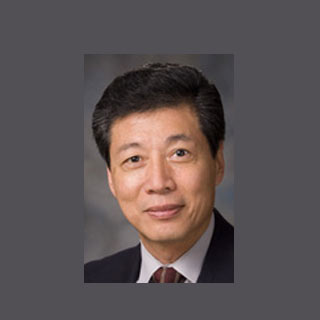 Oropharyngeal cancer is known to be a disease in which malignant cells form in the tissue of the oropharynx. Experts from the University of Texas MD Anderson Cancer Center revealed that oropharyngeal cancer patients with tumors in the upper part of the throat testing positively for the HPV (human papillomavirus) have preferred opportunities for survival. Patients with HPV-negative disease on the other hand may not have good chances of survival.

The scientists claim it to be the most definite and complete study till date as it reveals that tumor HPV status is a strong and independent prognostic factor for survival. This study was completed in a joint effort with the Radiation Therapy Oncology Group (RTOG). The American Cancer Society approximates 28,500 people in the United States are detected with cancer of the oral cavity and oropharynx every year. The occurrence of head and neck cancer has been reducing during the past 30 years. The rate of HPV-positive oropharyngeal cancer is rapidly rising. Presently nearly 70 percent of oropharynx cancer cases are said to be HPV-positive.

“This is the strongest prognostic factor we have ever identified for head and neck cancer patients,” commented K. Kian Ang, M.D., Ph.D., professor in MD Anderson’s Department of Radiation Oncology and lead author on the paper. “Its value is stronger than other prognostic factors we have used such as the size of the tumor or presence of tumor in lymph nodes. Knowing that the tumor is associated with HPV is telling the patient that the prognosis is excellent with currently available treatments.”

The researchers adjusted for other significant determinants of survival which included determinants like patient’s age, race, tumor and nodal stage and tobacco use. Patients with HPV positive cancer had 58 percent reduction in risk of death as compared to HPV negative tumors. This study revealed that tobacco consumption substantially increased risk of death. The findings allowed physicians to separate patients enlisted in clinical trials into three groups. The three groups were low, intermediate or high-risk of death. These groups were based on HPV status, tobacco use and cancer stage. This data may help in segregating patients for more intensive investigational therapies.

MD Anderson and other large institutions regularly test head and neck tumors. It is not yet clear though as to why patients with HPV-positive tumors have better outcomes than those with HPV-negative tumors. Experts assume that it may be due to biologic and immunologic properties that render HPV-positive cancers. They are innately less malignant or are able to respond better to the treatment. Further studies may evaluate how the HPV vaccine was made available in 2006 affects the incidence of HPV-related head and neck cancers.

This-study was published in The New England Journal of Medicine. Follow-up data from the study were presented at the 44th annual meeting of the American Society of Clinical Oncology.