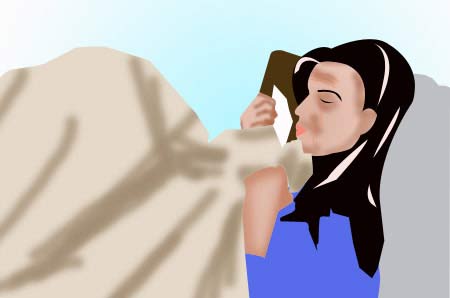 Sleep in an important component of our daily routine, but unfortunately not many seem to realize its importance. In a new study by scientists at the American Academy of Neurology, it came to light that disrupted sleep patterns could affect memory at a later stage of life.

In the trial, sleep patterns of approximately 100 individuals in the age-group 45 to 80 were inspected. These volunteers were devoid of memory issues like dementia. Half of them seemed to come from a family background of Alzheimer’s. A device was transfixed on the subjects to gauge the amount of sleep. Questionnaires and sleep diaries were also scrutinized by experts.

The team found that persons who woke up in the middle of the night more than 5 times every passing hour apparently carried beta-amyloid deposits in their brains. This was not the case of patients who slept more efficiently and spent more than 85% of their time in the bed.

“We need longer-term studies, following individuals’ sleep over years, to determine whether disrupted sleep leads to amyloid plaques, or whether brain changes in early Alzheimer’s disease lead to changes in sleep,” commented study author Yo-El Ju, MD, with Washington University School of Medicine in St. Louis and a member of the American Academy of Neurology.

The scientists are of the opinion that the markers of Alzheimer’s disease in the form of beta-amyloid deposits apparently accumulate many years before the disease actually manifests itself. However, further studies are required to comprehend the reasons why sleep influenced cognitive health.

The findings will be presented at the American Academy of Neurology’s 64th Annual Meeting in New Orleans.