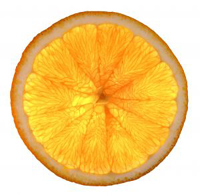 Fats in the stomach may significantly reduce the protective effects of antioxidants such as vitamin C, according to a study conducted by scientists at the University of Glasgow.

The study demonstrated that the presence of lipids decreases the ability of antioxidants like ascorbic acid, an active component of vitamin C, to protect against the generation of potential cancer-forming compounds in the stomach.

“Our results illustrate how diet can influence gastric biochemistry”, says Emilie Combet, the post-doctoral researcher working on the project.

Nitrite, which is present in saliva and is derived from nitrate present in food, is thought to be a pre-carcinogen for gastric cancer. When nitrite enters the acidic environment of the stomach, it spontaneously forms nitrosating species able to convert a range of targets, such as secondary amines and bile acids, into carcinogenic N-nitrosocompounds.

Therefore, the presence of lipids overrides the protective effect of vitamin C against the formation of harmful compounds.