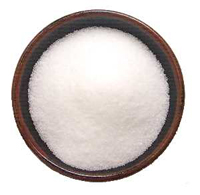 If you are trying to shed those extra pounds keep a check on your salt intake too, because a research has revealed that too much salt can add several kilos to your weight.

Professors, Dr. Heikki Karppanen of the University of Helsinki and Dr. Eero Mervaala of the University of Kuopio report that the most powerful explaining factor for the favorable changes was the more than 10 mmHg (“point”) decrease in the average blood pressure of the population.

A marked decrease in the average cholesterol levels of the population also remarkably contributed to the decrease of heart diseases. The extensive use of drugs contributed less than 10 % of the observed decreases in blood pressure, cholesterol, and cardiovascular diseases.

“To our surprise, the sales figures of the American Salt Institute divulged that salt intake increased more than 50 % in USA during 15 years from mid-1980s to the late 1990s”, says Professor Karppanen. The study reports that the prevalence of high blood pressure, which had long shown a decreasing trend, turned to a marked increase concomitantly with the increase in salt intake.