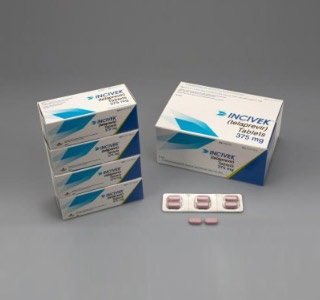 Hepatitis C is a viral inflammatory disease that leads to swelling of the liver. Until now there have been many precautions put up by health professionals but the vaccination remains undiscovered. More recently Vertex Pharmaceuticals proclaimed that the U.S. FDA has approved Incivik (telaprevir) tablets for a broad set of people with genotype 1 chronic hepatitis C that causes some level of damage to the liver while it functions including cirrhosis.

Incivek was approved only after an extensive phase 3study. It was found that people who were given Incivek combination treatment essentially developed higher rates of ongoing responsiveness to the virus (SVR, or viral cure). On the other hand, those who were treated with pegylated-interferon and ribavirin, showed less responsiveness, irrespective of their previous treatment.

Statistics showed that among the people new to this treatment 76 percent achieved SVR with Incivek while only 46 percent developed SVR with the pegylated interferon and ribavirin. Among people who were treated previously but did not seem to achieve viral cure there were relapsers, partial responders and null responders. The relapsers showed 86 percent responsiveness for Incivek with only 22 percent for the other treatment. In the partial responders group 59 percent sustained responsiveness with Incivek while the other treatment seemed to be effective with only 15 percent of them. Among the null respondents 32 percent showed sustained viral cure for Incivek while 5 percent showed for pegylated interferon and ribavin.

“Hepatitis C can lead to liver failure, cancer and the need for a transplant, and for the past decade, the best we could offer patients, was a year of difficult treatment that resulted in a viral cure for fewer than half of them. With INCIVEK, 79 percent of people new to treatment achieved a viral cure,” commented Ira Jacobson, M.D., Chief of the Division of Gastroenterology and Hepatology, Weill Cornell Medical College and principal investigator for a Phase 3 study of Incivek.

Pharmacists at Vertex mentioned that accessibility of the tablets is important. On this note, the company has put forward an exhaustive financial assistance and patient support program for those who can’t afford it under other circumstances. The program includes insurance benefits with research and support, free medicine program and co-pay support. In addition eligible patients would have nurses to guide them on a 24/7 hotline number. Doctors would be offered educational tools and resources through which they can help patients.