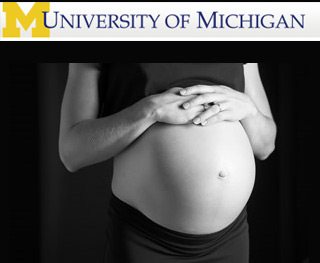 Many pregnant women experience dormancy of autoimmune diseases like multiple sclerosis and uveitis. A biological mechanism liable for changes in the immune system that help to explain the reduction has apparently been revealed by scientists. Experts from the University of Michigan share that the expression of an enzyme known as pyruvate kinase is lessened in immune cells particularly in pregnant women as compared to non-pregnant women and those with pre-eclampsia.

The study included 21 women who were in their third trimester for a normal pregnancy, 25 women with pre-eclampsia and a control group that included non-pregnant women. Experts used various methods to confirm their findings that included fluorescence microscopy and flow cytometry that are used to study cell signaling.

This study is of great significance as the newly discovered mechanism maps a way that may be used for treatment. Experts associated with the study say that it may be possible to design drugs that subtly curb pyruvate kinase activity in order to reproduce immune status of normal pregnancy. They also anticipate that in addition to pre-eclampsia, conditions like rheumatoid arthritis, type 1 diabetes, and uveitis may be treated with similarly designed drugs.

In order to explain this phenomenon, Howard R. Petty, Ph.D., biophysicist at the University of Michigan Kellogg Eye Center and Roberto Romero, M.D., of the National Institutes for Health searched for a metabolic mechanism with two particular characteristics. It had to lower the intensity of normal immune response, an action required to avoid pregnant women from rejecting the fetus that includes proteins from the father and that are unfamiliar to the mother. This mechanism simultaneously was also required to support cell growth required by the budding fetus.

The activity of enzyme pyruvate kinase and its product pyruvate appeared to fill both criteria namely enhancing cell growth while altering the immune response. Cell metabolism supports an increased production of lipids, carbohydrates, amino acids, and other substances that support cell growth as pyruvate kinase activity is lowered during pregnancy. Petty shares that our normal vigorous immune response depends upon pyruvate to stimulate calcium signaling that promotes creation of cytokines. As pyruvate decreases during pregnancy calcium signaling is also lowered and immune response is different than in non-pregnant women.

Petty comments, “Modification of signaling along this pathway allows the pregnant woman to maintain an immune response, but at a level that will not harm the fetus.”

The findings reveal that higher levels of the enzyme were observed in women with pre-eclampsia. Experts share that pre-eclampsia has features of inflammatory disease and if the levels of pyruvate are not lowered the chances of inflammatory disease increases. Petty wonders whether one day enzyme levels could be tested in early stages of pregnancy to forecast the possibility of developing pre-eclampsia or other complications. Petty shares that the mechanism explained in the current study may be applicable to more than one complication of pregnancy. Future study will focus this possibility and that of designing drugs to reduce pyruvate kinase activity.

The study appears online in the August issue of the American Journal of Reproductive Immunology.