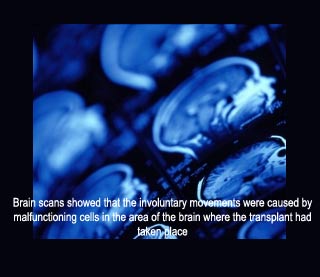 Previously we mentioned that genes and pesticide exposure may augment Parkinson’s disease among men. Experts from the Medical Research Council and Imperial College London appear to have crossed a major hurdle in the development of a transplant treatment that may alleviate the symptoms of Parkinson’s disease. Findings may pave a path towards recovery among clinical trials in this area.

By transplanting brain cells from donated fetal brains into patients affected with the disease had in the past seemingly lowered the damage caused. Some patients considerably reduced the need for drug treatments and enhanced their quality of life. As this transplant caused patients to suffer from jerky, involuntary movements known as dyskinesias it was discarded in the early 2000s. However the main reason and if it could be treated successfully is unclear.

Experts examined the brains of two transplant patients affected by Parkinson’s disease. They observed that involuntary movements were caused by faulty serotonin cells in the specific area of the brain where transplant had occurred. By prescribing a drug which desensitises the serotonin nerve cells they found that dyskinesias could be treated effectively. Brain scans highlighted that these involuntary movements were caused by faulty cells in the area where the transplant had taken place.

Dr Marios Politis, lead author from the MRC Clinical Sciences Centre at Imperial College London shares, “After the huge excitement surrounding the potential of brain cell transplants in the 1990s, we are thrilled that this discovery could re-open the door to this promising area of research. We know that the benefits of this treatment could last up to 16 years, and we look forward to bringing this treatment one step closer to a reality for Parkinson’s patients.”

These findings may help develop new innovative treatments and therapies. Large numbers of patients have undergone this transplant; however it is not available as an option for treatment in the UK.

This analysis is published online in Science Translational Medicine.