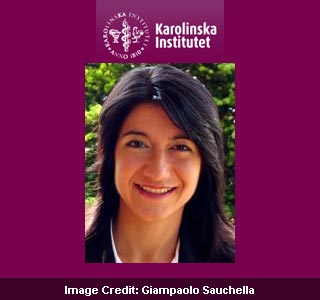 A prior report revealed that vitamin E extract can possibly aid in dealing with cancer tumors. One more reason may add up to increase vitamin E in our daily diet. As a recent study conducted by the Aging Research Center (ARC), Karolinska Institutet, Stockholm, Sweden suggests that elevated levels of vitamin E components in the blood are correlated with a reduced risk for Alzheimer’s disease (AD) in advanced age.

The authors claim that vitamin E seems to avoid cognitive deterioration in elderly people. During the study, the investigators examined 232 participants from the Kungsholmen Project. This project is ascertained to be a population-based longitudinal study on aging and dementia in Stockholm (Kungsholmen parish). It should be mentioned that while all the participants were above the age of 80 years, they were all free from dementia in the beginning of the study (baseline). After six years of completion of the study’s follow-up, around 57 AD cases were registered.

Dr. Francesca Mangialasche, who led the study explained, “Vitamin E is a family of eight natural components, but most studies related to Alzheimer’s disease investigate only one of these components, ±-tocopherol. We hypothesized that all the vitamin E family members could be important in protecting against AD. If confirmed, this result has implications for both individuals and society, as 70 percent of all dementia cases in the general population occur in people over 75 years of age, and the study suggests a protective effect of vitamin E against AD in individuals aged 80+.”

At the very beginning of the study, investigators claim to detect the blood levels of all eight natural vitamin E components. The experts then compared the subjects with those having higher blood levels, i.e. highest tertile to participants reporting lower blood levels known as lowest tertile. This probably helped them to conclude if the two groups developed dementia at different rates.

Dr Mangialasche commented, “Elderly people as a group are large consumers of vitamin E supplements, which usually contain only ±-tocopherol, and this often at high doses. Our findings need to be confirmed by other studies, but they open up for the possibility that the balanced presence of different vitamin E forms can have an important neuroprotective effect.”

It was then noted that participants with higher blood levels of all the vitamin E family forms seemingly shared a lower risk of developing AD, as compared to the participants with lower levels. As per the vitamin E component, the authors possibly adjusted various confounders and considerably decreased the risk by 45-54%. It has been assumed that the protective effect of vitamin E is associated with the combination of the different forms.

Also another recent study apparently discovered supplements containing high doses of the E vitamin form ±-tocopherol to elevate mortality. In addition, it suggested consuming these dietary supplements in only a balanced way or it may be more harmful than previously thought.

The study is published in the July 2010 issue of the Journal of Alzheimer’s Disease.