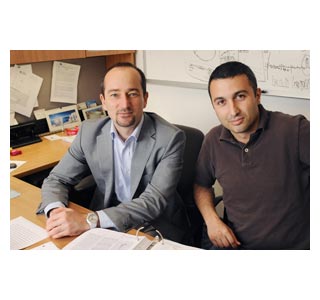 Obesity surely is a striking concern among health-conscious individuals. However efforts to remain fit and avoid unhealthy food will never go in vain. In order to restrict weight gain after relishing high calorie meals, a specific protein in cells all over the body must be present in a particular set of neurons in the brain. These findings were highlighted by experts from UT Southwestern Medical Center.

Due to significant effects of dietary restriction on life span, this protein is usually known as the longevity protein. Further SIRT1 has been examined as a potential target for anti-aging drugs. Previous analysis revealed that this metabolic sensor protein in peripheral tissues plays a vital role in regulating metabolism. However its physiological importance among brain neurons is not yet examined.

Dr. Roberto Coppari, assistant professor of internal medicine at UT Southwestern and senior author of the mouse study elucidates, “This is the first study to show that SIRT1 in hypothalamic neurons, specifically POMC neurons, is required for preventing diet-induced obesity and maintaining normal body weight”.

In the hypothalamus region of the brain pro-opiomelanocortin (POMC) neurons are present. They have great significance in lowering appetite and stimulating weight loss. Experts reveal that there are about 3,000 POMC neurons in a mouse brain. In particular hypothalamic neurons, experts genetically modified mice to lack SIRT1. They observed that when fed with high calorie diet these mice gained more weight. They were inclined to diet induced obesity as compared to those with metabolic sensor protein intact.

Dr. Coppari shares, “We found that SIRT1 must be present in POMC neurons in order for the hormone leptin to properly engage its receptors in these neurons. Without SIRT1, leptin sensing is altered and the animals gain more fat mass when fed a high-calorie diet.”

All mice maintained the same food intake and movement levels. Further experts identified that the distorted mice had twice as much abdominal fat and greater hormone leptin as compared to those mice with their SIRT1 intact. Experts identified that SIRT1 must be present in POMC neurons for leptin to motivate the remodeling of white adipose tissue into brown fat tissues. White adipocytes are known to mainly store fat.

Dr. Coppari reveals, “When SIRT1 is present in POMC neurons, the neurons properly convey a signal from leptin to the white perigonadal fat, which is designed to store energy. This signal is needed for the fat to undergo a remodeling process and expand the brown fat cells component as a protective measure against obesity. If you don’t have these kinds of defense mechanisms, you likely become hypersensitive to diet-induced obesity. A primary defect in SIRT1 in POMC neurons might be present in some individuals who are more prone to develop obesity when constantly exposed to an abundance of high-fat, high-calorie foods”.

Experts suggest that the idea of a drug that selectively could target neurons regulating particular fat depots and that could stimulate the remodeling of white fat into brown fat has abundant potential.

Dr. Coppari shares, “The drawback to harnessing adrenergic receptors to make more brown adipocytes, as a lot of people are thinking about doing, is that it puts a lot of pressure on the cardiovascular system. However, the idea of having a drug that could selectively affect specific hypothalamic neurons that then control specific branches of the sympathetic nervous system suggests that one could avoid acting on unwanted cells but selectively on those able to burn calories such as brown adipocytes.”

Experts regulated the remodeling of a specific fat depot into brown. This further would cause weight loss without augmenting the risk of cardiovascular problems. In the future they anticipate evaluating if SIRT1 is mediating other signaling pathways in the brain. Controlling body weight is essential for normal glucose balance.

These findings are available online and in the July 7 issue of Cell Metabolism.

Can eating fruits and vegetables decrease possibility of heart disease?