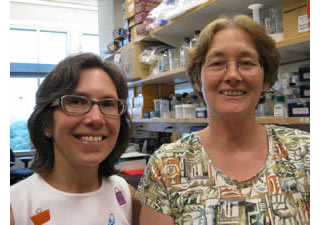 In the hearing disorder auditory neuropathy, though generally the sound enters the inner ear, the transmission of signals from the inner ear to the brain may be damaged. This ailment seems to be capable of affecting people of all ages, from infancy through adulthood. If the investigators from the U-M Medical School are to be believed, then a mutation in the DIAPH3 gene causes this disease. The findings were affirmed after thoroughly scrutinizing the DNA of individuals from the same large family impaired with the ailment.

The gene mutation of DIAPH3 supposedly triggers over-production of the diaphanous protein compound. Previously, hearing loss was associated with a related gene which also seems to affect a diaphanous protein. The experts suggest that in order to diagnose auditory neuropathy a specific testing can be recommended. They further caution that if the disease is not tested in early life itself, then it can remain unidentified.

“Since we previously knew of only two genes associated with auditory neuropathy, finding this gene mutation is significant. This discovery will be helpful in developing genetic tests in the future, which will be useful not only for this family, but for all patients with auditory neuropathy,” enlightened, Lesperance, professor in U-M’s Department of Otolaryngology and chief of the Division of Pediatric Otolaryngology.

A line of fruit flies expressing an overactive diaphanous protein in the insects’ auditory organ were employed to affirm the role of these compounds in auditory function. After making measurable voltage modifications through sound, the experts suggest that the flies’ hearing was considerably deteriorated as compared to normal flies.

Burmeister, professor of Psychiatry and Human Genetics shared, “The approach we used here of combining genetic inheritance with functional information can be applied to identify the culprit genes in many other rare genetic diseases that have so far been impossible to nail down. We can now say we have a tool by combining several genomic approaches to find these genes.”

The findings were registered by analyzing single family and adopting a multi-pronged approach. Instead of depending on just genetic inheritance information, the experts combined this information with biological function regarding gene activity.

The research is published online in the Proceedings of the National Academy of Sciences USA.