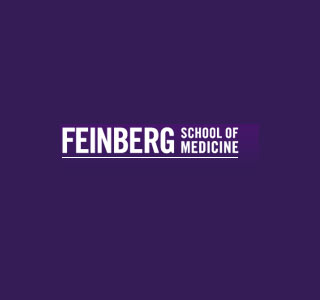 Physicians may adopt various therapies while treating cancer. This tidbit may help doctors to apply effective treatment for the disease. According to the experts from the Northwestern University, a combination of the arsenic trioxide drug therapy which is generally employed to cure blood cancers and nanotechnology can fight an aggressive type of breast cancer identified in young women especially, young African-American women.

Just recently arsenic trioxide was identified for treating a type of leukemia. Even an analysis reported last week determined arsenic to benefit cancer treatment. But a previous investigation did claim arsenic to be ineffective in treating solid tumors. Since the cancer is triple negative breast cancer, many a times it does seem to respond positively to traditional chemotherapy. Also potentially life-saving targeted therapies supposedly fail in treating this cancer. The researchers revealed that women with triple negative breast cancer not only face an elevated risk of the cancer metastasizing, but also show poor survival rates.

Once the drug was injected into the bloodstream, it appeared to excrete very quickly to work. The experts mentioned that since arsenic is too toxic, its concentration couldn’t be elevated. However, the development of a unique arsenic nanoparticle seems to overcome this issue, as the nanoparticle is designed in such a way that it may slip undetected through the bloodstream. Only when it reaches at the tumor it supposedly delivers its poisonous cargo.

O’Halloran, also associate director of basic sciences at the Lurie Cancer Center affirmed, “Everyone said you can’t use arsenic for solid tumors. That’s because they didn’t deliver it the right way. This new technology delivered the drug directly to the tumor, maintained its stability and shielded normal cells from the toxicity. That’s huge.”

In order to conduct the research, Richard Ahn, lead author and a student in the medical scientists training program at Northwestern, and his colleagues injected the nanoparticle, nanobin into mice with triple negative breast tumors. While the nanobins loaded with arsenic appeared to decrease tumor growth in mice, the non-encapsulated arsenic had no effect on tumor growth. By a process called apoptosis, the arsenic nanobins possibly caused the cancer cells to die and so blocked tumor growth.

The scientists explain that the nanobin contains nanoparticulate arsenic trioxide enveloped in a small fat vessel (a liposome). It is also coated with a second layer of a cloaking chemical that continues the life of the nanobin and avoids scavenger cells from detecting it. By employing the nanobin technology, exposure of normal tissue to the toxic drug can apparently be limited as it passes through the bloodstream.

Cryns explained, “We can potentially make those drugs more effective against solid tumors by increasing their delivery to the tumor and by shielding normal cells from their toxicity. This nanotechnology platform has the potential to expand our arsenal of chemotherapy drugs to treat cancer.”

The nanoparticles of arsenic are released and trapped inside the tumor cells, when the nanobin gets absorbed by the abnormal, leaky blood vessels of the tumor. The latest technology is claimed to have a greater potential for fighting against cancer as compared to the other existing cancer drugs that are either too toxic or are excreted too quickly. Further investigations will be undertaken to refine and improve the technology.

The scientists aim to enhance the nanobins with antibodies that may be able them to distinguish markers on tumor cells and heighten the drug’s uptake by the tumor. Possibilities to put two or more drugs into the same nanobin and deliver them together to the tumor are also considered. The otherwise lethal or highly toxic dose of the drug is apparently modified to directly release in the tumor.

The research is published in the July 15 issue of the Clinical Cancer Research.