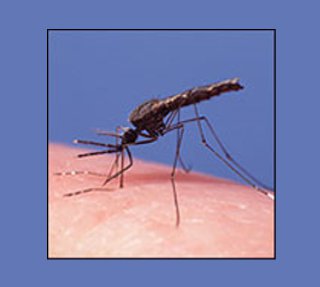 Since last month malaria cases are being reported like forest fire in the city of Mumbai. Although efficient treatment for the disease seems to be available, avoiding the disease can be more beneficial. A multinational team of experts from the London School of Tropical Medicine and Hygiene (LSHTM), Heidelberg University School of Medicine, the Max Planck Institute for Infection Biology, Germany, and the KEMRI-Wellcome Trust Research Programme, Kenya suggest that infection from malaria parasites during administration of preventative antibiotics can develop a vaccine-like immunity against re-infection.

It has been shared that people dwelling in intense malaria transmission areas can be provided with preventative treatment with affordable and safe antibiotics. Such treatments have the capability of acting as a ‘needle-free’ natural vaccine against malaria. It also seems to aid in controlling and/or eliminating malaria in resource-poor settings.

Malaria is considered to be a disease threatening almost half the world’s population. In fact, one million death cases of especially children living in sub-Saharan Africa are registered annually. In accordance to the estimations made, 10 to 100 parasites per Anopheles mosquito bite attack the liver and imitate.

Dr Steffen Borrman co-author on the paper elucidated, “This proof-of-principle research attempts to bridge a gap between basic malaria research and a rapid translation to a potential application in malaria-endemic countries. An important follow-up of this work is the validation of our experimental approach by clinical trials in humans. If successful, periodic administration of antibiotics, preferably in drug combinations, in high-risk population groups, particularly young, non-immune children, may provide an additional valuable tool for controlling and/or eliminating malaria in resource-poor settings.”

A week later the(ch-post the) infection, tens of thousands of parasites are believed to be released into the bloodstream. These parasites may cause recurring fever in malaria patients and develop life-threatening situations. The antibiotics are suggested to be responsible for a cellular defect in malaria parasites during their passage into the liver of the infected host. The treatment was probably unable to avoid parasite replication in the liver. However, it was seemingly capable of blocking the malaria parasite’s fatal conversion to the disease causing blood stage.

Since parasites in the liver were blocked in the later stages, the immune system was probably able to place a robust defense against subsequent infections, which were related to experimental whole organism vaccine strategies employing weakened parasites. An acute malaria infection can possible be treated by already known antibiotics combined with other anti-malarial drugs. This combination not only appears to be safe but also inexpensive.

In cases of moderate to high malaria transmission, the suggestion can possibly display immunological benefit of antibiotic prophylaxis. So people more often affected to malaria may protect themselves from the disease by employing antibiotics. The experts explain that liver with ample amount of parasites in the immune system can lead to robust induction of memory immune responses. These responses can possibly identify and impair future malaria infections in the liver, when antibiotics consumption is halted.

The research is published in the journal Science Translation Medicine.