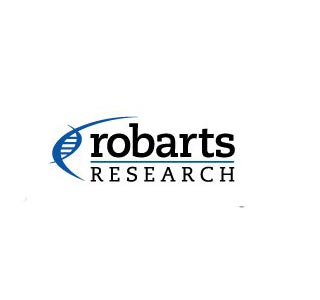 Patients suffering from hyper – triglyceridemia (HTG) possibly reveal elevated levels of triglycerides in their blood. Scientists affirm such patients to face a heightened threat for heart disease and stroke. Due to lack of knowledge about the disease, physicians are supposedly unable to suggest accurate treatment for the it.

Tracking down the responsible genes that elevate an individual’s risk to HTG can seemingly provide clues for exposing improved and more efficient treatments. The investigators claim a combination of common and rare variants or ‘misprints’ in various genes can together heighten the risk of being a victim to HTG. During the investigation, researchers utilized two different methods to expose the complex genetic basis of HTG in more than 500 patients.

“This is one of the first studies that combined gene chips with DNA sequencing to examine the genomes of patients. It was fortunate that we used both methods. Gene chip studies are popular nowadays and are effective at finding relationships between common genetic variants and disease. But gene chips cannot detect rare variants. For that, you need to do the more expensive and time-consuming method of DNA sequencing,” explainedDr. Robert Hegele of the Robarts Research Institute, Schulich School of Medicine and Dentistry at The University of Western Ontario, an endocrinologist and professor in the Departments of Biochemistry and Medicine at Western.

In the former method, DNA microarrays generally termed as gene chips were used to identify the commonplace variants in four dissimilar genes that are closely associated to developing HTG. The second method including detailed DNA sequence analysis apparently revealed HTG patients to have an overabundance of rare variants in similar four genes. It was noted that excess rare variants were in only one or two people.

Dr. Hegele quoted, “It’s also instructive that one single gene is not solely responsible for high triglyceride levels but rather a mosaic of both common and rare variations in several genes. It means that to get a full picture of a patient’s genetic risk, you need to consider both common and rare variants in many genes simultaneously, and to use methods that will detect both types of variation.”

28 per cent of HTG patients displayed the rare variants which were around twice the rate seen in healthy controls. Since decades, common and rare genetic variants are anticipated to lead to various diseases and this research possibly asserts the belief. These rare variants may also elucidate the lacking heritability of lipid traits.

The research is published online in Nature Genetics.