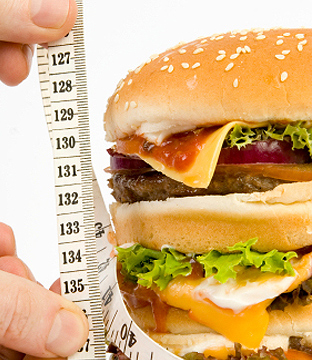 Western diet is ascertained to develop obesity and elevate risk to diabetes. But some individuals may continue remaining slender. This investigation possible exposes the reason how some people manage to protect themselves from obesity and diabetes. A recent research initiated by the Yale School of Medicine suggests that weight is set before birth in the developing brain itself.

The findings were revealed after examining certain groups of rats. All the animals were bred so that their exposure to diet-induced obesity is known before they would be put on high-fat, high-calorie diets. A considerable disparity was suggested in already obese animals and the feeding center of the brain. Obese animals displayed slow-moving neurons responsible for signaling when food consumed is enough and start burning calories. The neurons were probably slow in these animals because they are restricted by other cells.

“It appears that this base wiring of the brain is a determinant of one’s vulnerability to develop obesity. These observations add to the argument that it is less about personal will that makes a difference in becoming obese, and, it is more related to the connections that emerge in our brain during development,” alleged Tamas Horvath, chair and professor of comparative medicine and professor of neurobiology and obstetrics & gynecology at Yale School of Medicine also co-director of the Yale Program in Integrative Cell Signaling and Neurobiology of Metabolism and lead investigator.

Satiety signaling neurons seemed to be extremely active in animals resistant to obesity. The neurons appeared ready to signal the rest of the brain and peripheral tissues when enough food has been consumed. Other not required outcomes of brain mechanisms have also been revealed in the current investigation. It was affirmed that individuals accessible to diet-induced obesity develop a brain inflammation. Those who are resistant may not be prone to inflammation.

Horvath added, “What genetic, epigenetic and environmental factor determines this base wiring in the brain is a very important issue to address. Specifically, the emerging view is that besides genetics, maternal impact on the developing brain is likely to be critical to imprint these feeding circuits thereby determining one’s vulnerability or resistance to obesity.”

This response of the brain in the form of inflammation can possibly reveal the reason obese people face difficulty in reducing weight. In the United States itself diet-induced obesity is claimed to be one of the most critical medical problems.

The research is published online in the Proceedings of the National Academy of Sciences.