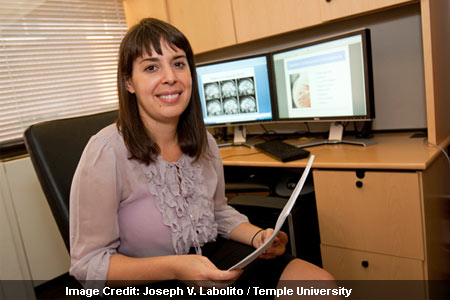 Expecting mothers may be commonly caught by infections such as flu. Investigations have revealed newborns of such mothers to share about 1.5 to 7 times heightened risk for schizophrenia. A recent study initiated by the Temple University suggests that some specific immune proteins like those developed as a response to flu elevates risk of brain abnormalities linked with schizophrenia in children.

Apparently not all study participants displayed an increase in immune proteins and such women gave birth to offspring who developed brain alterations. So it can be presumed that a genetic vulnerability or something from the environment plays a part in elevating immune protein levels that result in brain alterations. In order to determine the link between maternal exposure to flu and increased risk for schizophrenia among offspring, experts analyzed maternal immune responses to infection.

Proteins known as proinflammatory cytokines were examined by the authors. It is believed that these proteins are produced by the body in response to infection. It was concluded that the damaging effects to the fetus may be associated to these maternal responses to infection during pregnancy and not the infections themselves.

In the course of the study, previously preserved blood samples were scrutinized by the investigators. These blood samples were collected during the 1950s and 1960s from a group of around 12,000 pregnant women during each trimester of their pregnancies. After delivery, the women and their offsprings were followed so as to identify the children who developed schizophrenia.

The investigations highlighted a probable association between structural brain alterations among newborns diagnosed with schizophrenia and elevation in maternal levels of interleukin-8 (IL-8). It was ascertained that while fighting infection during pregnancy, interleukin-8 (IL-8) which is one of the proinflammatory cytokines is produced. In a control group of offspring, no correlation between maternal IL-8 levels and any brain modifications were registered. It was therefore assumed that there is a requirement of vulnerability to schizophrenia for affecting the fetal brain.

Ellman remarked, “In light of our study, which calls attention to a pregnant woman’s increased susceptibility to infection and the potential risks to her developing fetus, it is easy to see why the medical community routinely recommends that women who are pregnant or planning to become pregnant take special precautions to prevent infection, such as getting vaccinated.”

The study findings possibly reveal the importance of prenatal contributions to schizophrenia. It also suggests the requirement of prevention, early intervention, and treatment strategies for the disorder. Expecting mothers are often prone to infections seemingly because during pregnancy various changes in the immune system take place. These alterations may decrease some of the body’s key defenses. Even maternal emotional states, like stress, can probably modify immune functioning. There is a possibility that when the fetal brain is experiencing enormous growth, vulnerability to infection is boosted.

The study is published in Schizophrenia Research.