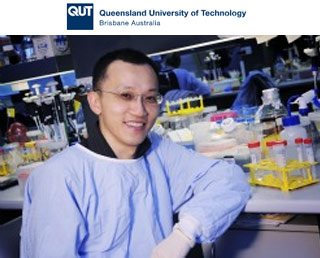 For all individuals who dislike mushrooms, it would be better off to start liking them. A new research from Queensland University of Technology (QUT) scientists puts forth that the compound polysaccharo – peptide (PSP), which is extracted from the ‘turkey tail’ mushroom and used in Asia for its medicinal benefits has been found to be thoroughly effective in suppressing prostate tumor development in mice during early tests.

The research was conducted with the main purpose of detecting if the compound could stop the formation of prostate tumors. The other inhibitors tested previously had been 70 effective but it was seen that with PSP, the tumor was 100 percent prevented from developing. The most important observation was that the treatment showed no side effects.

According to Dr Ling from the Australian Prostate Cancer Research Centre-Queensland and Institute for Biomedical Health & Innovation (IHBI) at QUT, cancer stem cells were not targeted by conventional therapies as they were effective only with certain cancer cells. Cancer stem cells are mainly responsible for initiating the disease and causing it to grow.

In one of the tests as a part of the research, transgenic mice that most likely developed prostate tumors were made to consume PSP for a period of 20 weeks. It was found that mice which were fed PSP had no tumor. On the other hand mice that were lacking PSP had prostate tumor formation. This finding showed that PSP treatment may be completely effective in controlling tumor development.

This research further supported that PSP could target the prostate cancer stem cell population and possibly acts as a potent preventative agent against prostate cancer. It was previously learnt that PSP may have anti cancer properties and ‘turkey tail’ mushrooms also known as Coriolus versicolor or Yun-zhi were used widely in Asia for medicinal benefits. But however Dr Ling expressed that it was an altogether new observation that PSP had anti cancer stem cell effects.

“Although ‘turkey tail’ mushrooms had valuable health properties, it would not be possible to get the same benefit his research showed from simply eating them,” specified Dr Ling.

The research has further expansion plans to discover the therapeutic potential of PSP against prostate tumors singlehandedly or when combined with other anti cancer compounds. The research is published in the international scientific journal Plos One.