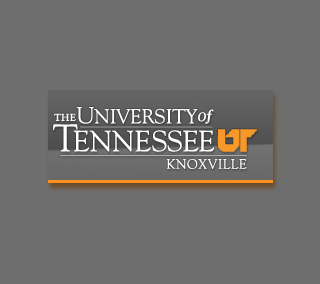 Obesity seems to be a growing issue in today’s world with 300 million adults estimated as obese by The World Health Organization. The following study advices the inclusion of walking and cycling in the battle against obesity. Investigators from the University of Tennessee, Knoxville claim that communities with more walkers and cyclists are healthier than those where people depend on cars.

A city and state level data from the United States and international data from 15 countries was examined by the study authors. During the investigations the relationship between ‘active travel’ like bicycling or walking instead of driving and physical activity, obesity and diabetes was noted. It was concluded that more than half of the differences in obesity rates among countries are associated to walking and cycling rates.

A variation in obesity rates was observed among states and cities which were apparently linked to walking and cycling rates. Therefore, active travel seems to reveal considerable health benefits. John Pucher of Rutgers University who is the lead researcher and colleagues suggested that U.S. cities can emphasize more on walking and cycling for daily travel. These cities can be provided with safe, convenient and attractive infrastructure like sidewalks, crosswalks, bike paths and lanes, along with intersection modifications safeguarding pedestrians and cyclists.

Experts quote, “A growing body of evidence suggests that differences in the built environment for physical activity (e.g., infrastructure for walking and cycling, availability of public transit, street connectivity, housing density and mixed land use) influence the likelihood that people will use active transport for their daily travel. People who live in areas that are more conducive to walking and cycling are more likely to engage in these forms of active transport.”

Improvements in infrastructure may also be combined with restrictions on car use, such as car-free zones, traffic calming in residential neighborhoods, reductions in motor vehicle speeds, and limited plus more expensive car parking. Even land-use policies can seemingly promote compact, mixed-use developments resulting in shorter trip distances more suitable for walking and biking. Investigators claim that the U.S. does not have many people who are physically active.

Investigators share, “Perhaps the greatest strength of our analysis was that it showed that the relationship between active travel and health was discernible at three different geographic levels: international, state and city.”

European countries supposedly report high rates of walking and cycling and less cases of obesity as compared to Australia and countries in North America that are highly car-dependent. By scrutinizing various places in the U.S. the relationship between active travel and health can be probably unraveled. After analyzing the accumulated data, authors compared all 50 states and 47 of the 50 largest American cities. It was ascertained that states with higher rates of walking and cycling had a greater percentage of adults with the recommended levels of physical activity. Such states also registered a lower percentage of obese adults, and a decreased percentage of adults with diabetes.

The study was published in the American Journal of Public Health.