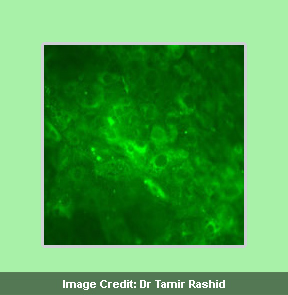 Cells which may be appropriately defined as the smallest unit of life can be beneficial in determining treatment for various illnesses especially liver diseases. Investigators from The University of Cambridge have apparently created diseased liver cells from a small sample of human skin and demonstrated that stem cells can be employed to model a diverse range of inherited disorders. The findings seem to open doors for novel treatments in patients with liver diseases.

Growing liver cells (hepatocytes) in the laboratory was apparently next to impossible. But in the current study, investigators seemingly demonstrate the way of creating diseased liver-like cells from patients suffering from a variety of liver disorders. In this procedure, the organ’s cells were replicated by the scientists to investigate the diseased cell in detail and further determine precise therapies to treat these conditions. The results can possibly enlighten several treatments for specific individuals and eventually help ascertain cell-based therapy. Such a cell-based therapy can be employed when cells from patients with genetic diseases are ‘cured’ and transplanted back.

Dr Ludovic Vallier of the MRC Centre for Stem Cell Biology and Regenerative Medicine, University of Cambridge, principal investigator of the research, shared, “Our work represents an important step towards delivering the clinical promises of stem cells. However, more work remains to be done and our group is dedicated to achieving this ultimate goal by increasing the knowledge necessary for the development of new therapies.”

Experts believe that the process can also be put to use for developing model cells from other parts of the body. If that is possible then investigators can determine accurate treatments for disorders of other organs also. Liver disease has supposedly been the fifth largest cause of death in the UK. A six time elevation in mortality from liver disease in young and middle-aged people has been reported over the past 30 years. At the same time, the number of individuals unable to survive from the disease is apparently increasing at a rate of 8-10 percent annually. It has been estimated that liver disease causes over 25,000 deaths every year in the United States.

Dr Tamir Rashid of the Laboratory for Regenerative Medicine, University of Cambridge, lead author of the paper, said, “We know that given the shortage of donor liver organs alternative strategies must urgently be sought. Our study improves the possibility that such alternatives will be found – either using new drugs or a cell-based therapeutic approach.”

In the course of the study, experts took skin biopsies from seven patients who suffered from a variety of inherited liver diseases. Skin biopsies were also collected from three healthy individuals who formed the control group. The investigators then reprogrammed cells from the skin samples back into stem cells. The stem cells were further employed to develop liver cells mimicking a broad range of liver diseases.

Professor Mark Thursz, a specialist in liver disease and Professor of Hepatology at Imperial College (who was not affiliated with the study), remarked, “Liver disease is the fifth most common cause of mortality in many developed countries and unlike the other leading causes of death, the rate of liver related mortality is increasing. The development of patient specific liver cell lines from stem cells is a significant advance in the battle against liver diseases. This technology holds promise in the short term by providing new tools to explore the biology of liver diseases and in the long term as a potential source of liver cells for patients with liver failure.”

Claimed to be a novel study, the authors modeled patient-specific liver diseases with the help of stem cells. The biopsies gathered from the control group were used to create ‘healthy’ liver cells. The scientists claimed to have covered a diverse range of pathological mechanisms. So the method can probably prove useful in the application on a wide variety of disorders.

The study was published in The Journal of Clinical Investigation.