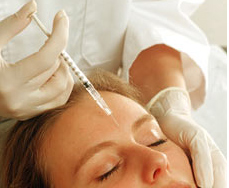 An anti-wrinkle injection may diminish the signs of ageing but it causes long-term irreversible damage to facial tissues, a senior surgeon has warned.

As many as one in 20 of those who go for anti-wrinkle jabs may end up with permanent damage to their subcutaneous tissue — the layer of fat underneath their skin — and their fibrous connective tissue, French surgeon Dr Daniel Marchac said.

His alert follows criticism faced by the British Ministers for inefficient regulation of the industry offering Botox and other filler treatments.

”All of the permanent fillers are creating, from time to time,serious problems with bumps and deformities, and sometimes you have to operate,” the surgeon was quoted as saying.

”All serious plastic surgeons agree one should avoid permanent fillers. We will see in the future patients of 50 who have had 15 years of fillers, with fibrous, tough tissue we won’t be able to do anything with,” he added.

”The public needs to be realistic about the outcomes it can expect from new cosmetic treatments, at least until solid clinical evidence of their efficacy exists,” President of British Association of Aesthetic Plastic, Douglas McGeorge said.