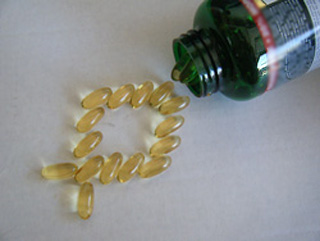 We had previously written about women who consume omega-3 oils in their daily diets might have lesser chances of being diagnosed with endometriosis. Scientists from the University of California and San Diego School of Medicine have discovered those molecular mechanisms which help omega-3 fatty acids in minimizing chronic inflammation and insulin resistance. The significance of this discovery lies in the fact that this could possibly help in creating a simple dietary remedy for those seemingly over 23 million Americans diagnosed with diabetes as well as other conditions.

Jerrold Olefsky, MD, and his associates have identified an important receptor on macrophages which is found plentifully in obese body fat. It is said that obesity and diabetes are quite related. They claim that the omega-3 fatty acids trigger this macrophage receptor, which results in improved systemic insulin sensitivity and broad anti-inflammatory effects. Macrophages are known to be specialized white blood cells which consume cellular debris and pathogens. The immune system’s reaction engages macrophages secreting cytokines and other proteins which result in inflammation as a method to destroy cells and objects which are supposed to be harmful.

Obese fat tissue holds a lot of such macrophages, which generates loads of cytokines. An outcome of which could be rising insulin resistance in neighboring cells that have been over-exposed to cytokines as well as chronic inflammation. Insulin resistance is known to be a physical condition wherein the natural hormone insulin grows less effective in regulating blood sugar levels. This could lead to several and at times severe health problems one of which is type 2 diabetes mellitus.

Olefsky and colleagues observed cellular receptors which were known to be capable of reacting to fatty acids. Subsequently they narrowed down to a G-protein receptor dubbed as GPR120. It is from a family of signaling molecules which are occupied in various cellular functions. Apparently, this receptor is found only on pro-inflammatory macrophages in mature fat cells. The macrophage generates inflammatory effects while the receptor is off. When exposed to omega-3 fatty acids particularly docosahexaenoic acid (DHA) and eicosapentaenoic acid (EPA) the receptor is probably triggered and thus produces a strong anti-inflammatory effect.

“It’s just an incredibly potent effect,” said Olefsky, a professor of medicine and associate dean of scientific affairs for the UC San Diego School of Medicine. “The omega-3 fatty acids switch on the receptor, killing the inflammatory response.” He further added, “This is nature at work. The receptor evolved to respond to a natural product – omega-3 fatty acids – so that the inflammatory process can be controlled. Our work shows how fish oils safely do this, and suggests a possible way to treating the serious problems of inflammation in obesity and in conditions like diabetes, cancer and cardiovascular disease through simple dietary supplementation.”

The researchers carried out their research on cell cultures and mice. Some of the mice had been genetically modified and thus lacked the GPR120 receptor. All the mice were fed a high-fat diet which held omega-3 fatty acid supplementation or was devoid of it. The supplementation treatment hindered the inflammation and enhanced insulin sensitivity in the normal obese mice, whilst the mice without the receptor faced no effects. Similar results were seen in a chemical agonist of omega-3 fatty acids.

Olefsky has added that more research is needed in this subject, since many aspects like the exact quantity of fish oil required for a safe and effective dose is unclear. Allegedly, a high consumption of fish oil could increase the chances of bleeding and stroke in certain people. If fish oils are unfeasible as a therapeutic agent, then Olefsky stated that the discovery of the GPR120 receptor could assist researchers in creating an alternative drug which could behave like the DHA and EPA. Thus, it is might be capable of providing similar anti-inflammatory effects.

Olefsky has penned about this in an online edition of the September 3 issue of the journal Cell.