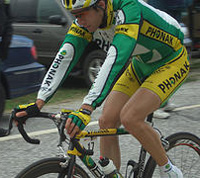 A new study has found a “substantial” drop in U.S. men’s testosterone levels, ever since the 1980s. However, the reasons for the decline are yet unclear. This trend does not appear to be related to age.

The average levels of the male hormone dropped by 1% a year, Dr. Thomas Travison and colleagues from the New England Research Institutes in Watertown, Massachusetts, found.

“The entire population is shifting somewhat downward we think,” Travison said. “We’re counting on other studies to confirm this.”

They hypothesised that the rising prevalence of obesity as well as the sharp decline in cigarette smoking might help explain their findings, given that testosterone levels are lower among overweight people and smoking increases testosterone levels. But these factors accounted for only a small percentage of the observed difference.

It’s likely that some sort of environmental exposure is responsible for the testosterone decline, Travison said, although he said attempting to explain what this might be based on the current findings would be “pure conjecture.”

The researchers used body mass index, the ratio of height to weight, to estimate obesity levels, he noted, but this is not a very accurate way to gauge the real adiposity, or fat content of the body, so it’s possible that obesity might be more of a factor than it appears in this analysis.

“I think like most things that are complex, it’s likely that there is no one cause,” he said.