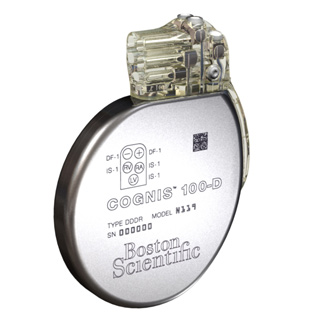 This news may be of extreme importance to heart patients. The MADIT-CRT data was recently presented by Arthur Moss, M.D., professor of Medicine at the University of Rochester Medical Center and principal investigator. The MADIT-CRT trial apparently showed that Boston Scientific’s cardiac resynchronization therapy defibrillators (CRT-Ds) were supposedly linked with an approximate 34 percent relative decrease in the danger of all-cause mortality or first heart failure event in asymptomatic and mild (NYHA Class I and II1) heart failure patients as opposed to standard implantable cardioverter defibrillators (ICDs).

Adding to it, the MADIT-CRT data illustrated that the threat of heart failure is relatively decreased by approximately 41 percent by CRT-D therapy as weighed against the ICD therapy. An 11 percent improvement was supposedly seen in left ventricular ejection fraction post one year in patients who were apparently treated with the CRT-D therapy as opposed to a three percent improvement for ICD patients.

Dr. Moss commented, “The MADIT-CRT Executive Committee anticipated that the benefit for the CRT-D therapy group would be dominated by a reduction in heart failure events and the data overwhelmingly confirm that. Furthermore, CRT-D therapy showed an equal benefit in both ischemic and non-ischemic3 patients. The MADIT-CRT data are compelling and help bridge a clinical gap in our understanding of heart failure in Class I and II patients.”

Fred Colen, President, Boston Scientific Cardiac Rhythm Management mentioned, “The publication of the manuscript by the New England Journal of Medicine and the presentation of MADIT-CRT data at ESC highlight the importance of this study, which clearly demonstrates that CRT-D therapy slows the progression of heart failure, further delaying the onset of more severe and life-limiting conditions. We look forward to working with the FDA as we seek approval for an expanded indication for our CRT-D devices, based on these strong results.”

MADIT-CRT is claimed to be the world’s biggest randomized study of NYHA class I and II patients. More than 1800 patients are apparently enlisted at 110 centers in 14 countries for this trial. To be indicated for CRT-D therapy, presently, heart failure patients may be defined as NYHA Class III or IV. Nevertheless, Class I or II approximately consist of 70 percent of heart failure patients in US. Some form of heart failure may be suffered by nearly 22 million world worldwide including more than 5.5 millions Americans.

This finding was published in the New England Journal of Medicine.