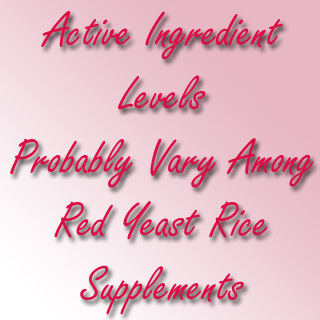 With monacolin K known to be purified in the monacolins process, various investigations point out that certain formulations of red yeast rice decrease low-density lipoprotein cholesterol (LDL-C) as compared to a placebo. The production of cholesterol in the liver may be reduced due to the effects of monacolin K and the 13 other monacolins in the supplement. At the time of the research, monacolin levels in 12 commercial red yeast rice formulations were investigated. Also citrinin, a toxin from fungus possibly damaging the kidneys were also tested.

Experts highlight, “Red yeast rice has been used for centuries for its medicinal properties and is an increasingly popular alternative lipid-lowering therapy that may benefit patients with a history of coronary disease who cannot take statins, subjects who refuse statins or who prefer a ‘natural’ approach to pharmacotherapy, or patients with a history of statin-associated myalgias, or muscle pains. However, our research found dramatic variability of monacolin levels in commercial products and the presence of citrinin in one-third of formulations. Further oversight and standardization of the production and labeling of red yeast rice products may address some of the concerns raised in this research. Until these issues are addressed, physicians should be cautious in recommending red yeast rice to their patients for the treatment of hyperlipidemia [high cholesterol] and primary and secondary prevention of cardiovascular disease.”

The research was published in the October 25 issue of Archives of Internal Medicine, one of the JAMA/Archives journals.